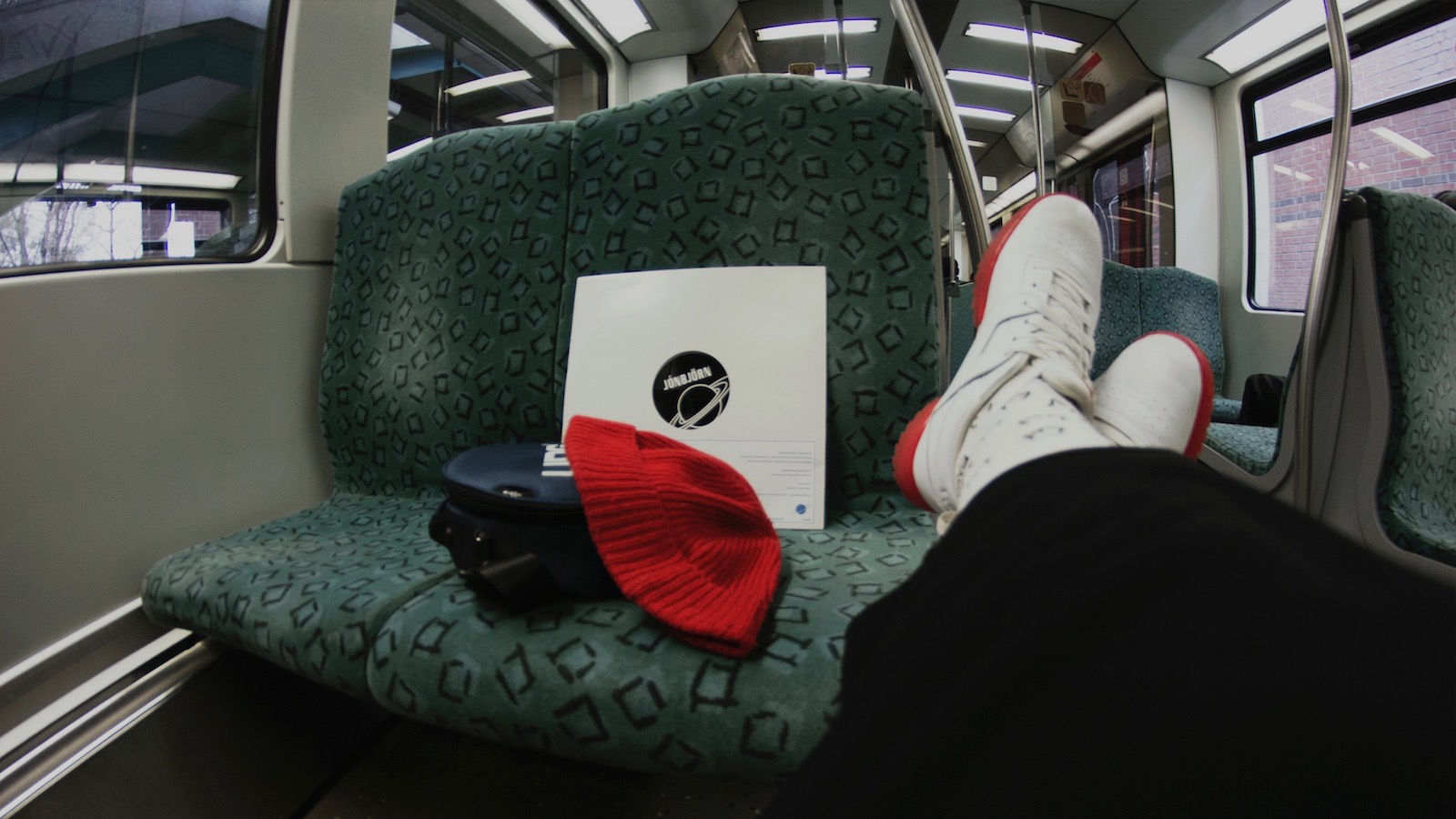 The Travelling Record is a limited edition record with no permanent owner or home making its way across the world through friendly exchanges. Its temporary caretakers are expected to play the record to interested audiences and then pass it on to other intermediate owners who do the same. You can track how the record travels the world on travellingrecord.co and follow it on Instagram. (Full disclosure, our colleague Karl is one of the people behind the record).

The project is the brainchild of three Icelandic expats. Jónbjörn is a music producer and label owner living in Berlin, Magnús makes music in Vienna and Karl plays records in his spare time in Amsterdam. The tracks on the record, melodic house numbers with a breakbeat tinge (and some cheeky sampling), are made by Jónbjörn and Magnús. The music is exclusive to the record and unlikely to be heard anywhere else. We asked the trio about their experiment and the thoughts behind it.

Magnús: It just seemed like a fun thing to do and a different way to let your music travel and reach new places. Set some records free and see where they end up. So far the reception has been good, people like the idea. We’ve gotten quite a few messages from interested DJ’s and producers who want to get a copy, maybe we should have had more copies made! My copy has already made its way from Vienna to London via Laurence Guy and Gnork has given his copy a spin in Budapest. 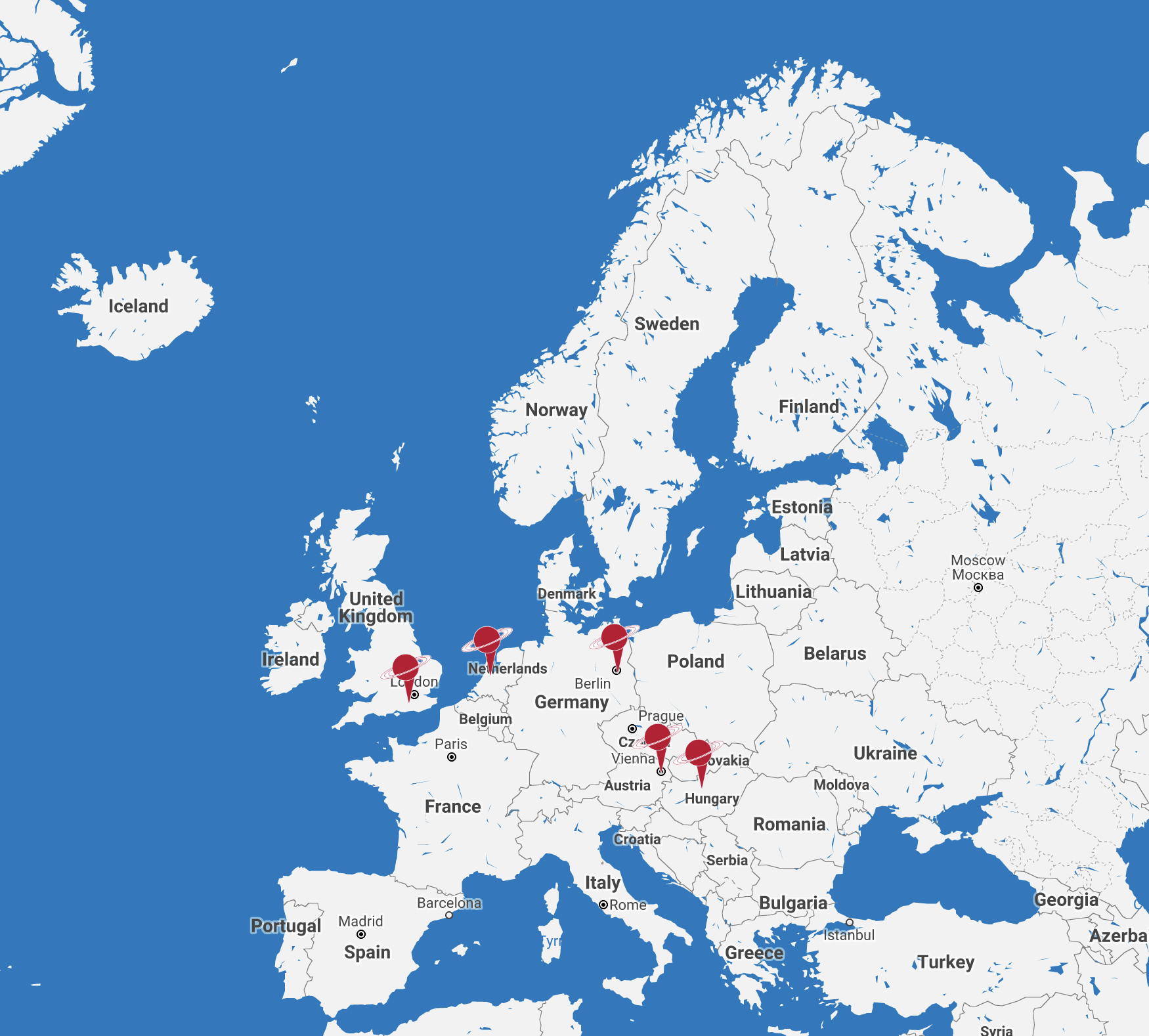 The records are currently making their way across Europe

Karl: Like with a lot of things the idea isn’t all original or new, everything is a remix. You have things like Bookcrossing and public bookcases which build on the same concept. But I guess what’s interesting to us is to pit the analogue against the digital, the permanent and always accessible against the fleeting and hard to reach. So we want to try to document and track the records as they make their way across the world on the web and on social media, but the only way to hear the music in full is to catch someone who has the record at that moment.

Jónbjörn: Because it’s an acetate, the record has even less permanence. After a limited number of plays, the record will start to degrade. At some point, they will probably mostly become unplayable.

Karl: Producers and DJs sharing unreleased or exclusive music with each other isn’t new of course. Nowadays digital files fly between laptops and cdj’s around the world but before that dubplates have long been a staple of many scenes. You have tunes about this concept of exclusivity and I remember waiting for some tunes for years on dubplate before they were finally released.

Jónbjörn: In this case, maybe sadly if you like the tunes (and they are bangin’), you’ll literally have to wait forever because we don’t plan to release them in any other way.

Magnús: Another thing we find interesting is how the local and the global work together. We are all relative newcomers to our respective cities, so we are starting from an outsider perspective with an experience of how things work in Iceland. It’s been interesting to navigate local scenes that are very much part of a global circuit; some things are different other things are the same.

Jónbjörn: So we are setting the records “free” in our new hometowns and scenes, but we hope they will criss-cross cities and countries, that they’ll be played in local clubs or parties, in a record store or on the radio. In that way, the project will document how small, independent actors work together and how music travels across borders.

Karl: The first stops on this journey were choreographed by us, we let the records out in the world through friends and family. But after that we’ve pretty much lost control, who knows where they’ll end up! I hope we’ll hear back from the records as they make the rounds, maybe bringing a smile to some faces and moving some bodies on dance floors out there, fingers crossed!

If you spot the record in the wild you can let the trio know with the #TravellingRecord hashtag.