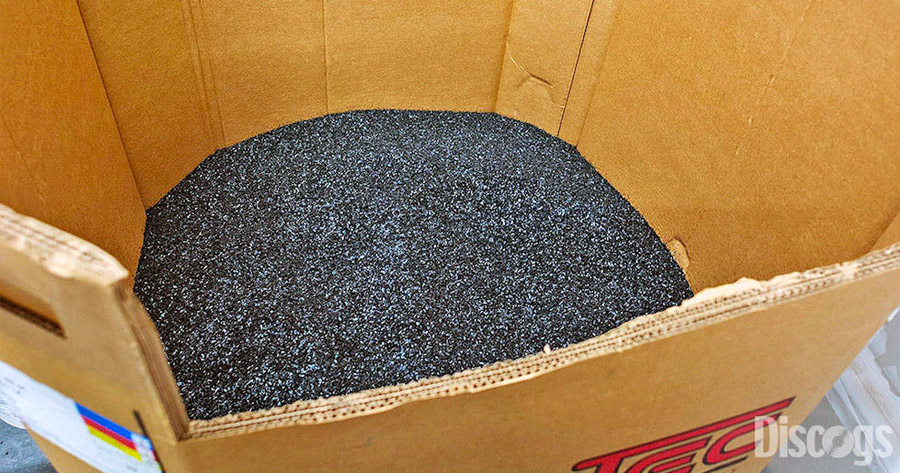 For decades, colored vinyl was looked upon as some open joke. A way that record companies could charge more while distancing themselves from what many music lovers demanded from their records: high-quality sound. Almost without exception, a colored vinyl disc would play with much more noise and hiss compared to their black counterparts. Well, those times have certainly changed. As we enjoy the non-stop upward momentum of the vinyl boom it’s clear more and more people demand colors that pop. 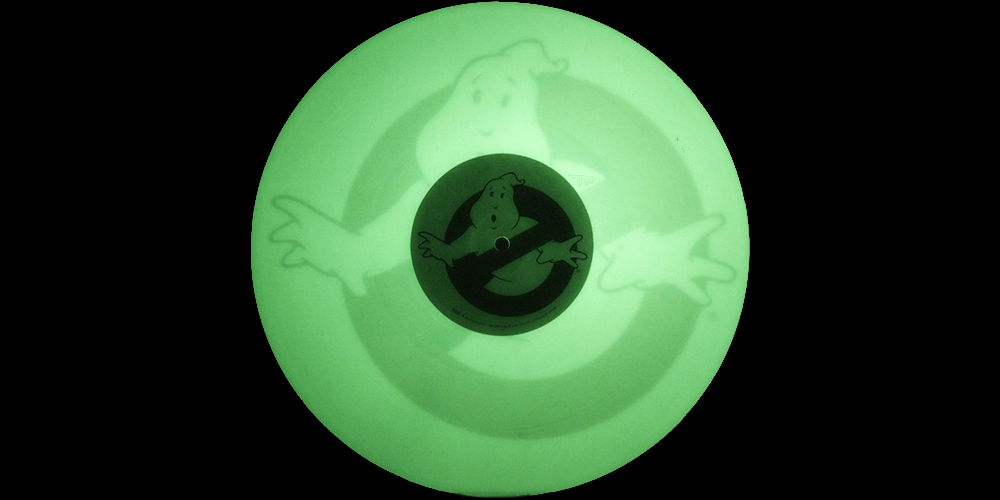 Does The Color Of A Vinyl Record Affect Sound Quality?

If you’re looking for the short version of whether colored vinyl is worse you can walk away with this – vinyl record production has come a long way in the last 20 years and most modern colored vinyl is on par with black pressings. Sure, there are exceptions to the rule. And, yes, picture discs are still more prone to be problematic, at least regarding playback durability. But that shouldn’t deter you from purchasing a new record just because it is not black.

Other steps in the vinyl-record production process, such as mastering and a pressing plant’s quality control standards, have a more substantial impact on playback. When in doubt about a pressing quality check out the Reviews section on the Discogs release page. Chances are, other collectors have listened to the pressing and can provide a sneak peek into the quality.

How Colored Vinyl Records Are Made

All vinyl records are made of PVC, which is naturally colorless. To turn this clear material into a solid color titanium dioxide and other additives are mixed in. To make the standard black vinyl color, black carbon is often added, which strengthens the PVC mix. To make any other color, dyes are used instead of black carbon. These dyes do not strengthen the vinyl in the same way as black carbon, but the difference is negligible unless mistakes are made in the production process.

A few exceptions exist: Clear vinyl, picture discs and glow-in-the-dark pressings are more susceptible to poor playback. Very few additives can be mixed into clear vinyl without jeopardizing the opacity, which means there is a potential for worse sound quality, albeit this drop is often imperceptible to the common listener. 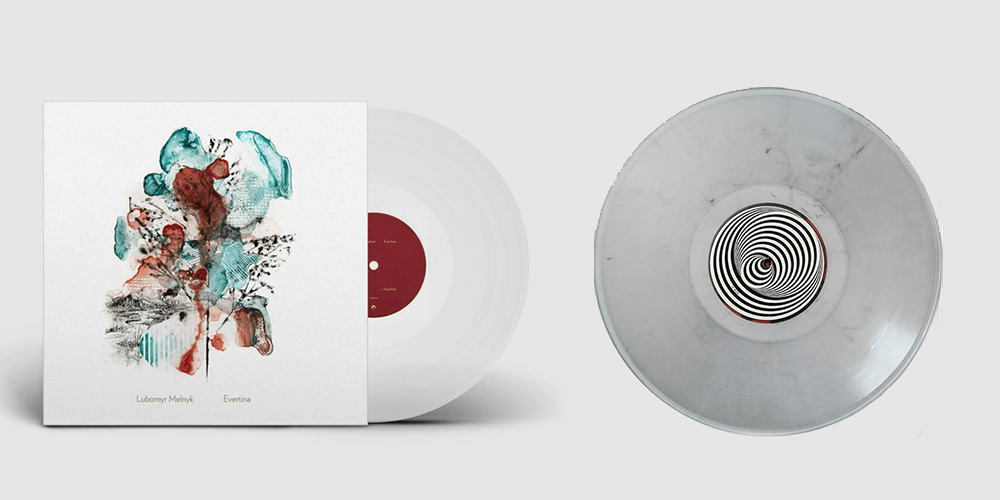 Picture Discs are a different story. They are typically made of 3 layers. The first layer is a clear record with no music, the second is the picture layer, and the third is a clear plastic sheet that contains the grooves. This final thin and malleable plastic layer is not as durable as regular records, which can negatively affect both the playback and long-term durability. 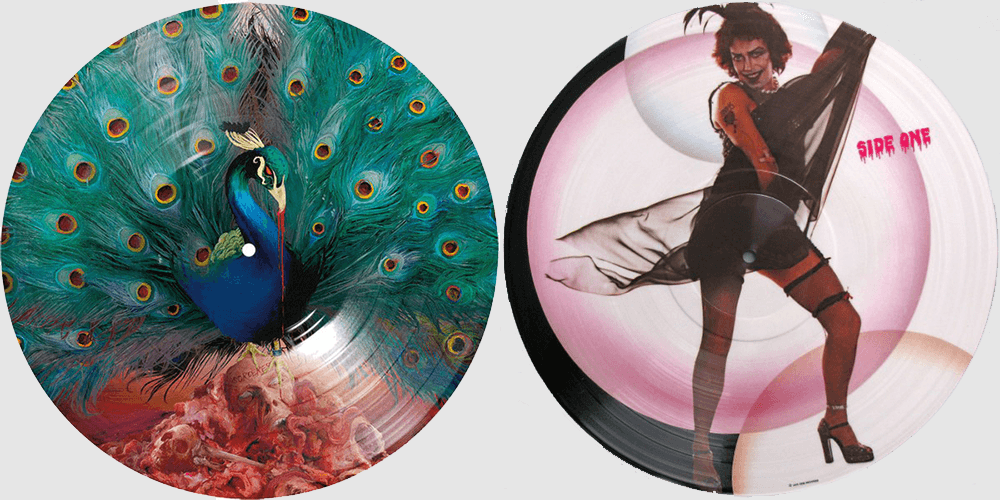 A word of caution for those glow-in-the-dark records too: According to Pirate Press, “Glow-In-The-Dark pigments unfortunately deteriorate the acoustic properties of the recording and do often cause increased surface noise.”

Are Colored Records Worth More Money?

The process of pressing a multi-colored vinyl adds about a dollar to the production cost, so from a material perspective, yes, colored vinyl records are worth more. But, of course, that’s only part of the story. The real cost differences come from colored releases often being pressed in limited batches. This drives down supply while increasing demand, leading to higher market costs.

Let’s also call out the elephant in the room. Vinyl records are collectible items, with more colorful pressings often increasing the aesthetic appeal. Clever minds have ingeniously paired colors with the vibe of the record. Check 👏 out 👏 any 👏 of 👏 these 👏 releases 👏 for examples of pressings that were thoughtfully chosen to match their music or album art.

We know in some cases that the colored variants are worth less simply because the black versions are fewer in number — see Aphex Twin’s Selected Ambient Works II for evidence. But this seems to be an exception from the rule. If an album comes out on colored wax you can almost be certain that it will be more sought after in the future.

Any way you cut it, many collectors will seek out the wacky colored variant without exception. And colored vinyl has reached near ubiquitous levels. For instance, a cursory glance at Oddisee’s discography reveals a full embrace – with nearly every album having at least one colored release, many of which happen to be first-pressings. This would have been unfathomable just twenty years ago.

Let’s take a look at some examples of how a color record can affect the desirability and price of an album.

Nevermind has been repressed on vinyl more than 145 times over the years and among the many pressings there are a smattering of colors, gatefolds, tri-folds, billfolds, and probably skin-folds as enticements to throw down money and hear this album once again on a shiny new piece of wax.

Universal Music Group released it back in 2009 on black wax and the median sale price is around $55. However, going over to the blue-translucent colored counterpart, the exact same release has a median price of $150. 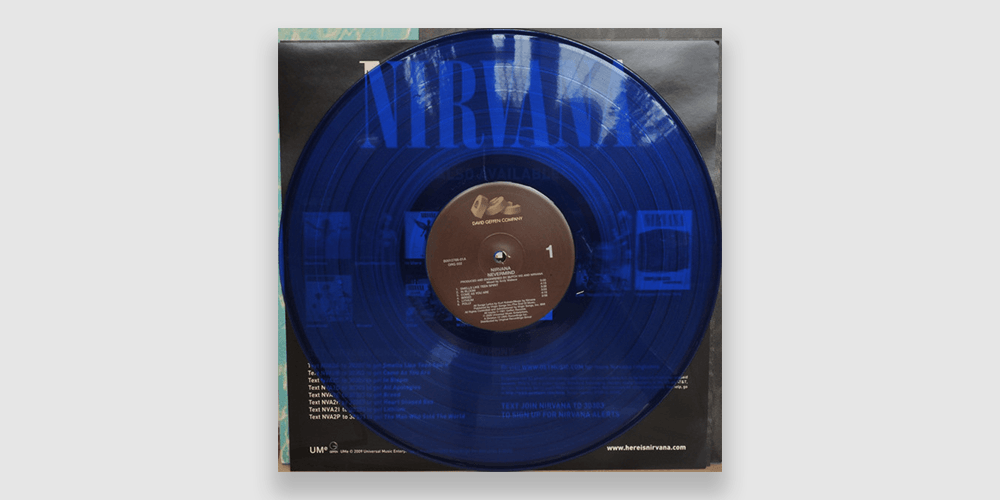 The $150 price tag far exceeds what would be expected in a batch of 4,000 black-colored copies. The album has been released a number of times after this pressing, and even the later four-disc deluxe set on black wax sells for a third of the blue variant price. 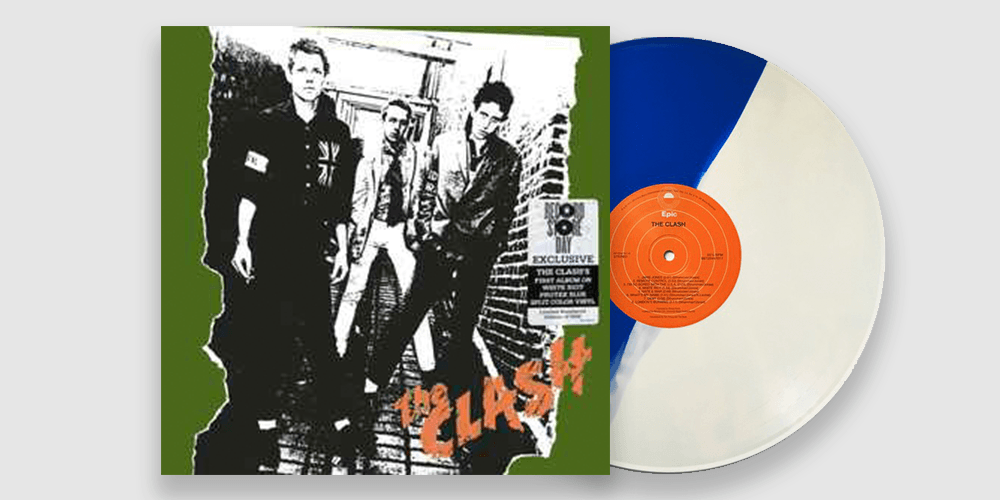 Going the opposite way on the financial spectrum, we have 2015’s Record Store Day release of The Clash’s first album. First off, did we need this repress? Is it really that hard to locate one of the existing 90+ vinyl pressings of The Clash? The median price of $35 on this colored press seems to answer these questions with a defiant “nope”.

With original pressings being relatively easy to find and affordable, this release showcases how badly record companies overthink the success of RSD, a common complaint which we recently explored.

A fine example of unbridled financial hysteria is in the case of the recent Mondo repress of the 2001 soundtrack by Alex North. The black vinyl median price is $20, and while it costs this much to buy new, this is a reasonable price to pay.

However, you then have the “randomly inserted” colored vinyl version with a median price of $90, complete with deep and hazy shades as if you were journeying down the wormhole with Dave himself, Hal 9000 echoing in your soul, and chattering in your ear. 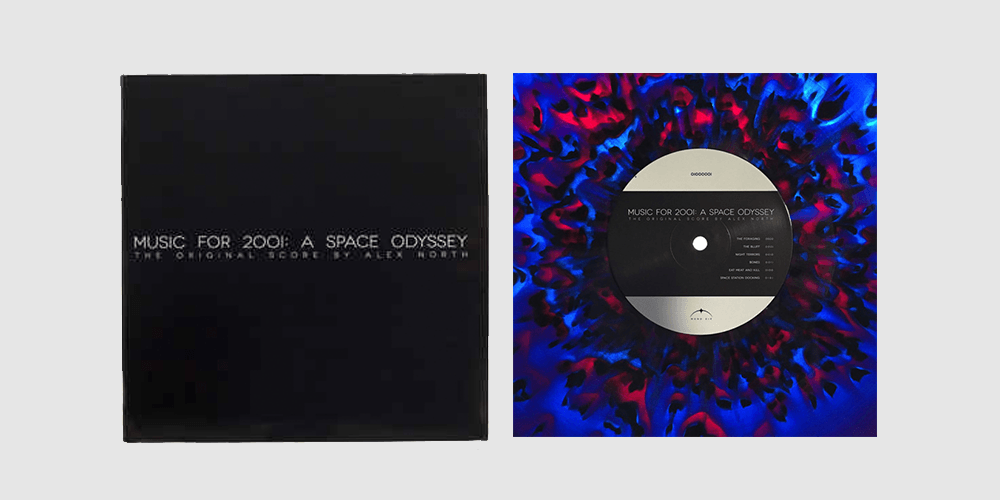 So what is it about this one that holds people’s attention? There is scarcity involved with 2001 copies being pressed, but similar to the Nevermind release, that really isn’t few enough to justify the cost. Is it the idea that the colored variants are “randomly inserted”, and the excitement of actually popping one open and finding the colored wax is like discovering a Wonka Golden Ticket?

These are just a few examples — show us your choices! 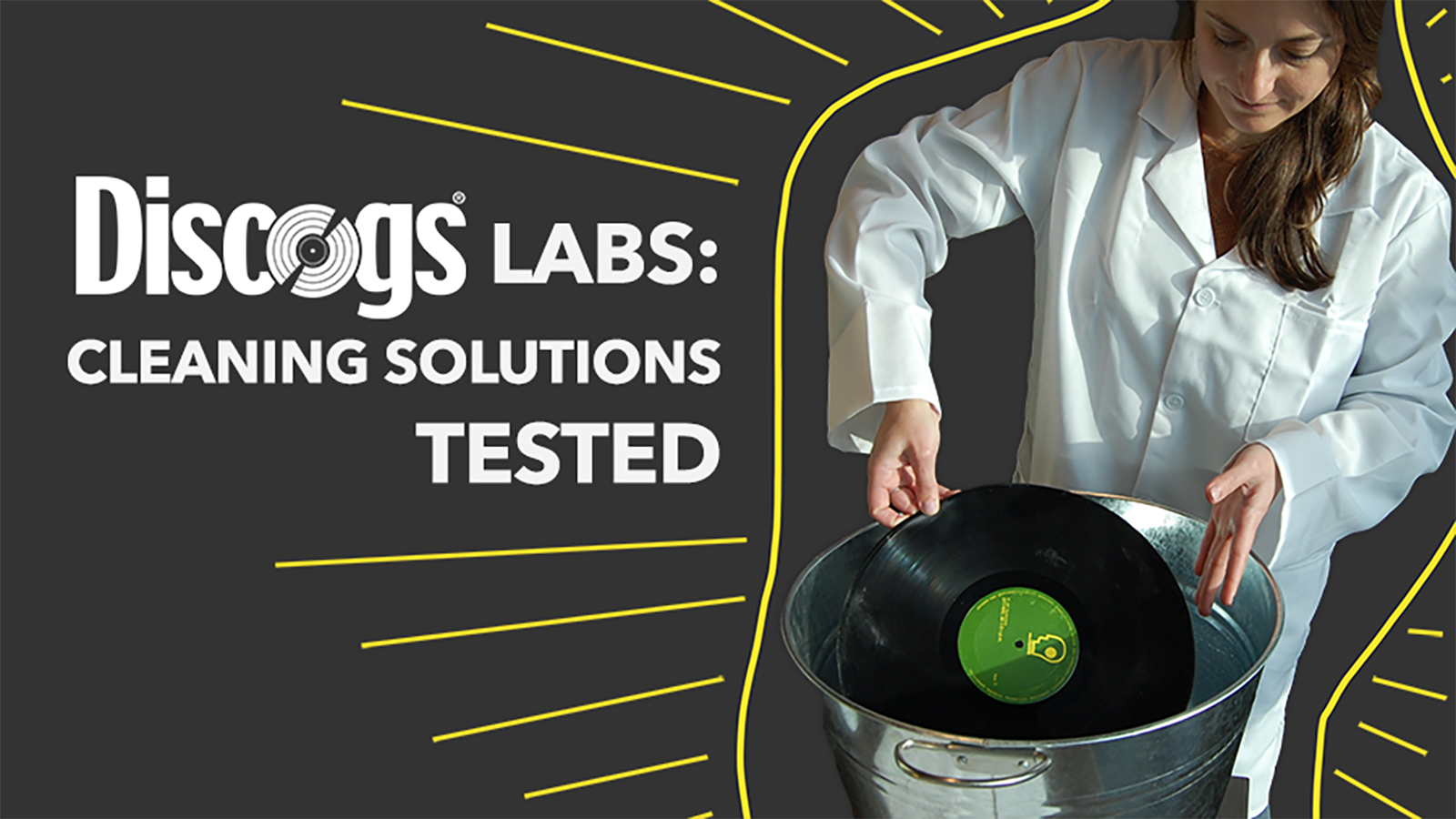 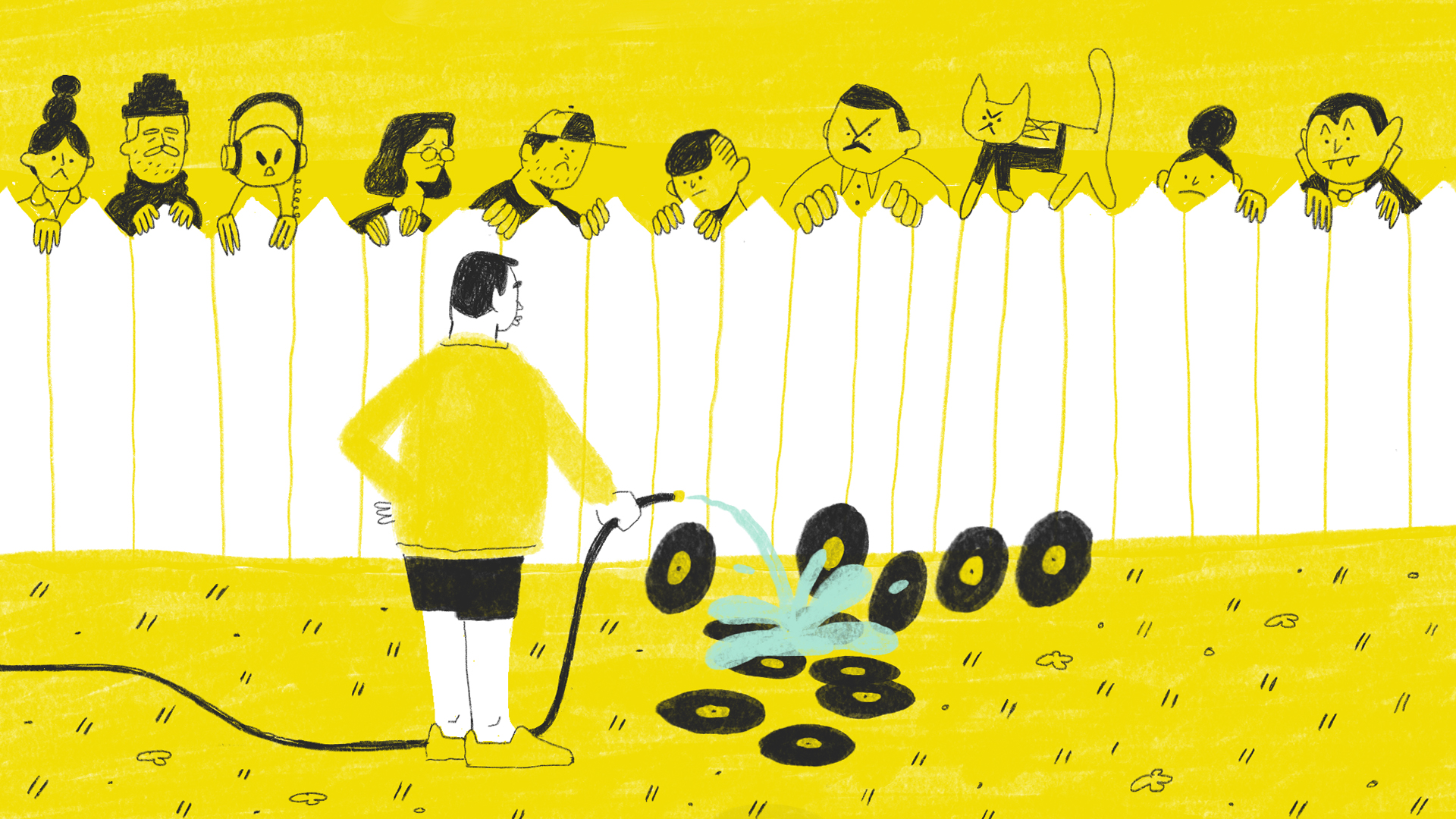 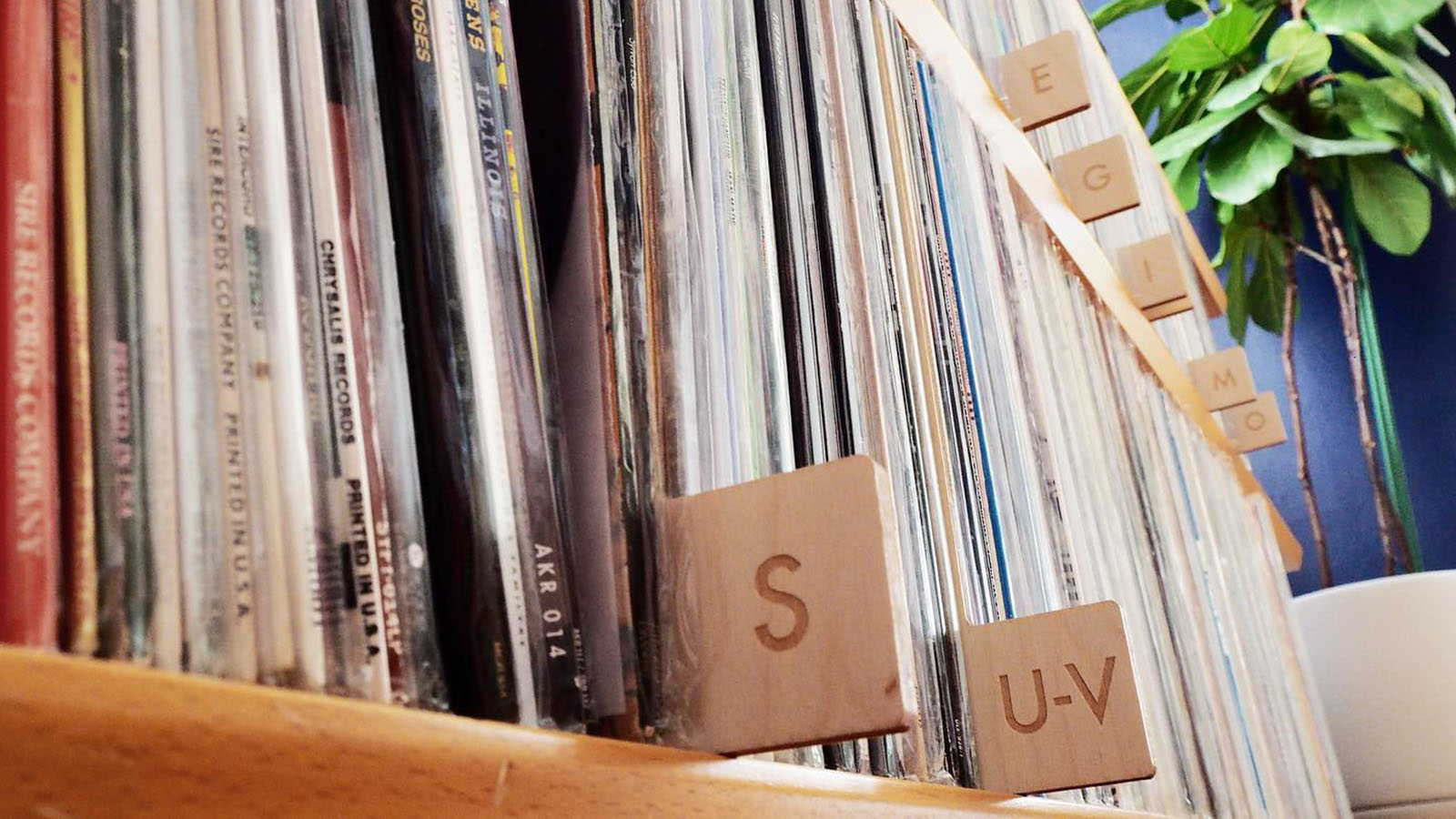 How to Store Vinyl Records