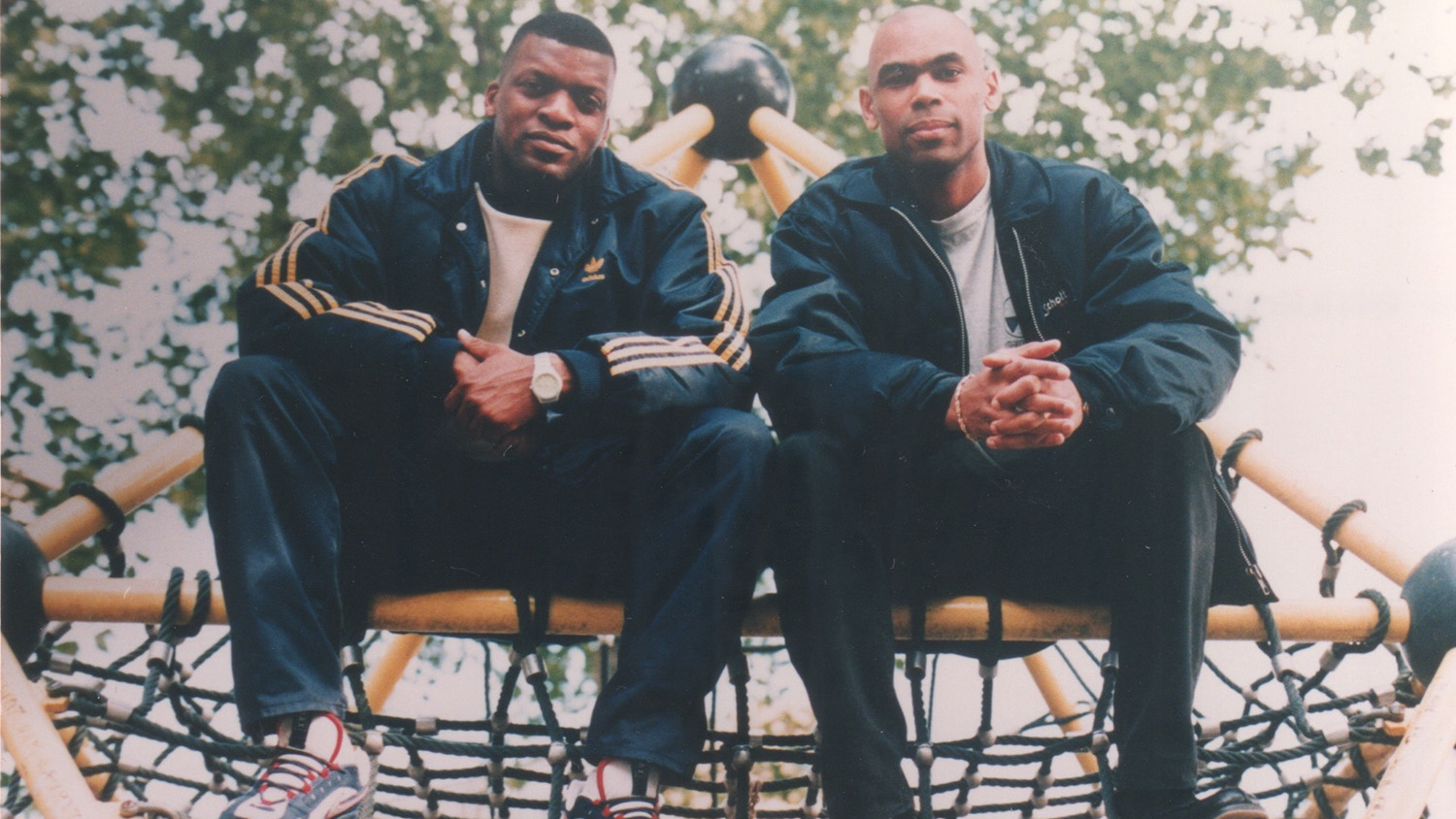 Karl “Tuff Enuff” Brown is a founding father of underground garage, a true heavyweight of the United Kingdom’s dance scene, and, last but not least, a Discogs Seller supremo. From an early love of music to cutting his teeth in the studio backroom to seminal productions, he played a pivotal role in evolving garage from its Stateside beginnings into UK clubland. London was the epicenter of this progressive, pitched-up sound, igniting spots like Frog & Nightgown Pub, The Arches, Gass Club, The Elephant, and the legendary Twice As Nice. Brown, along with Matt “Jam” Lamont, were the key figures behind the controls, across the capital, as Tuff Jam. In 2021, Brown is still working harder than ever on new music through his label 2TUF 4U Records (formed in 2002), schooling the next generation of producers and selling directly from his crates here at Discogs.

We’re taking a closer look at the past, present, and future of Brown with a rare interview and an exclusive mix from the man himself. He’s put aside 30 test presses of this latest release up for sale on his Discogs account. First come, first served. Don’t sleep!

Discogs: Talk us through the early years.

Karl Brown: Coming from a Caribbean background listening to Blue Beat, ska, Lovers, and the likes of Jim Reeves thanks to my dear late mum dropping her personal selection to us all every Sunday, I absolutely loved music and always wanted to learn more about how it was put together. In the beginning, I only had a milk crate to sit on; my Akai S900 sampler and computer were sitting on another set of boxes. I would run the output of my Atari 1040ST to my basic mixer, then finally recorded down to a small Sony Walkman TCD-D7!

Fast-forward a little and opportunities arose to work on records alongside the likes of Simon Dunmore and Ray Keith, which in turn developed my own production skills. One other very influential engineer and friend was Mike “Spike” Spencer, who used to own a nice little recording studio in Shoreditch that I attended regularly, learning some enlightening techniques which were used on some of our collaborative releases and have stayed with me until today. These and other invaluable encounters shaped the sound I was developing — the Tuff sound. We had some of the cream of engineers such as Laurence Dina, James Brown, and Mark Yardley (Stanton Warriors) who really helped sculpt that early Tuff Jam productions sound.

D: The UK garage style was in its golden era. What was it like coming up at that time?

KB: Firstly, the terms UK garage and speed garage all came into their existence later due to the popularity of the garage sound, so the term I was more familiar with was “underground garage.” This is the original term that was used on all the flyers and being promoted back around ’93 onwards, and lent its name to the title of the Tuff Jam LP Underground Frequencies! Not forgetting the radio station, London Underground. 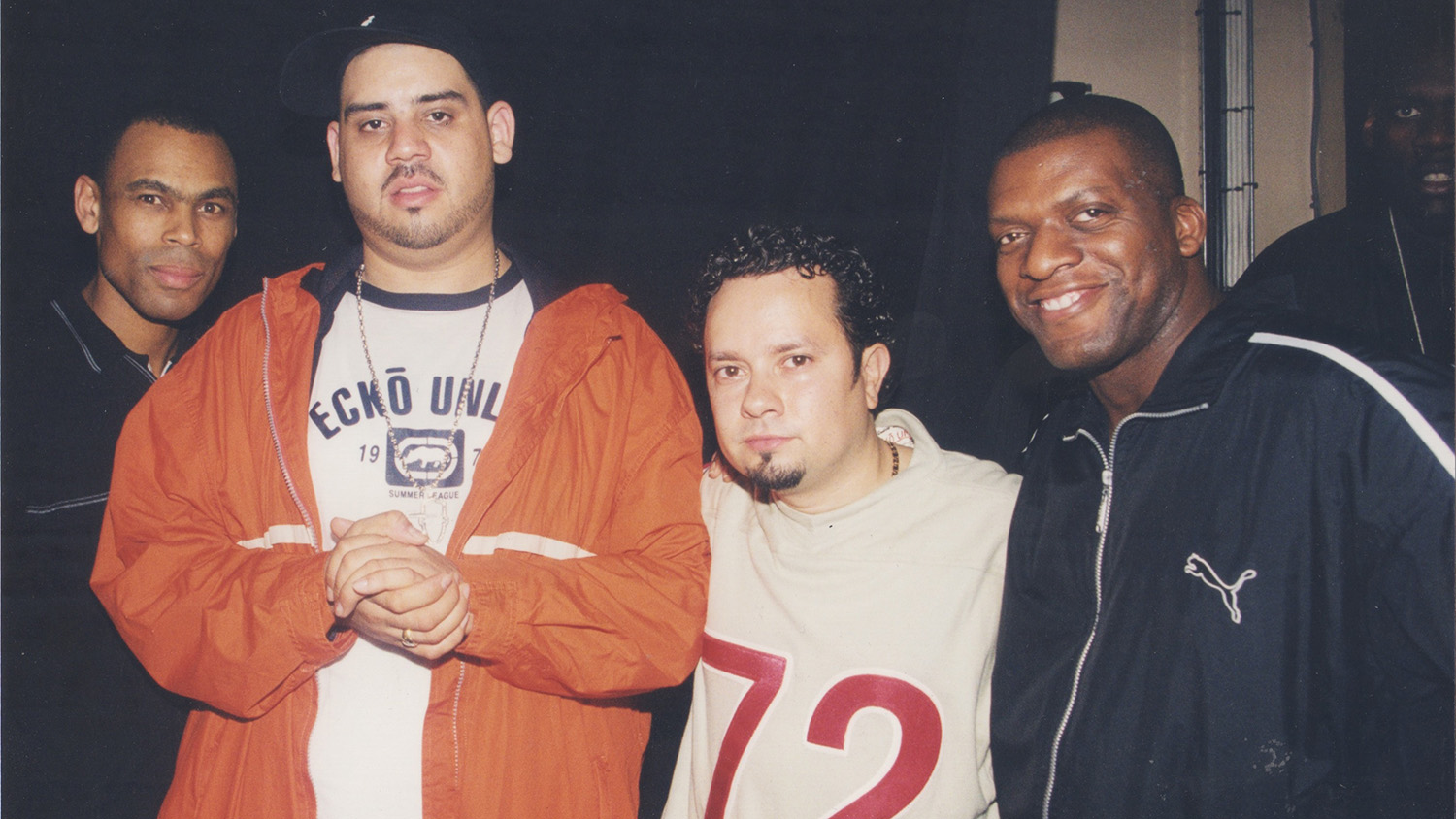 Tuff Jam with Masters at Work | Courtesy of Karl Brown

But to answer your question, that was a very exciting time to be in the clubs, with the emergence of the Sunday scene and a new style of music that felt like membership [was] exclusively our own. It was also a great vibe to see the immediacy of it — to write and produce a track, cut the acetate, and see people going crazy on the dance floor to it, sometimes within a few hours of creating something new.

May I at this point extend my deepest condolences here to the families of Phill Asher, Andrew Hood, Paul “Trouble” Anderson, Leon Chue, and Steve Sutherland, and to those who have recently passed that were associated with the music.

D: Tuff Jam formed a central part of the scene and your output over the years. How did it start?

KB: We weren’t the only ones producing this underground sound — and I pay great respect to all involved — but we did become the catalyst that had the opportunity and privilege of projecting this type of garage into the wider market since we found that we were doing something that wasn’t being done at the time, helped by our management. 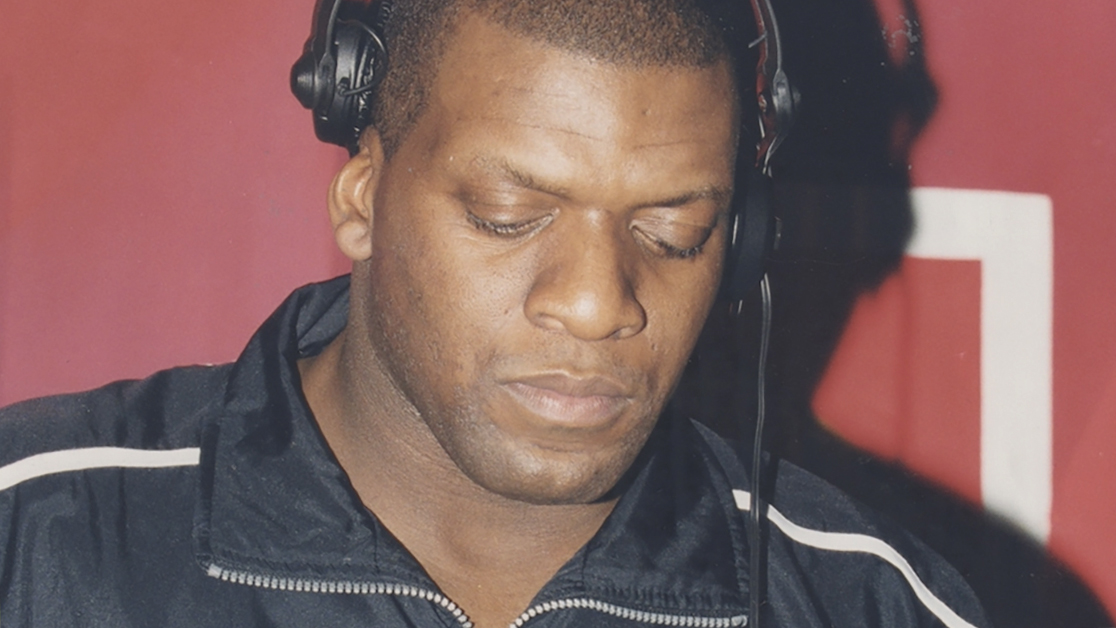 We had the opportunity to be involved in some amazing projects that allowed us to experiment with what we knew as music geeks and DJs. Matt and I made the connection through an acquaintance whom I used to know from my college course days learning electronic servicing, and we finally made an arrangement to meet.

The remix of Rosie Gaines was the track that opened doors for this sound, with majors then offering us remixes of the likes of Usher, Boys 2 Men, En Vogue, Westlife, Mark Morrison, Lighthouse Family, Coolio, and Tina Moore, to name but a few.

D: What are the top six records for our readers to get acquainted with your sound?

D: Fast forward to today and you’re keeping things moving. What’s next for you and your label, 2TUF4U?

KB: 2TUF4U was set up in 2002 as a vehicle of garage, so we tend to focus on the 2TUF4U plane, not get too engrossed in the wave of changes that we are regularly seeing today, [and] still try to move forward with what Tuff Jam has laid in place with past and present music fans. It is so heart-warming when budding younger DJ/producers blame us for those days when they started pestering their parents to help purchase their first-ever set of decks or music equipment due to the Tuff Jam influence.

We as a label are always trying new things and we have a new addition: Groove Skool, which is our private One2One Production and DJ tutoring school. This works perfectly alongside the label, producing eager students who have the fire and drive to work hard to become the next-generation garage producer.

The next venture is a release of the long-overdue Vinyl Joose EP consisting of five tracks, cut not with today’s volume wars in mind, but cut with old fashioned longevity in mind. The five tracks took over two years of thought to compile from, which meant trawling through hundreds of DAT [tapes] and other forms of recorded material.

D: How do you use Discogs in your day-to-day, both as an artist and a Seller?

KB: The Discogs store has been amazing for me, personally, since it allowed me to make the connection with those other producers whose tracks I enjoyed, and also make an extra connection with their other releases that I was unaware of. I have used the platform to search out past releases sampled back in the day. It’s been an amazing source for DJs and producers alike, and most vinyl “anoraks,” including myself.