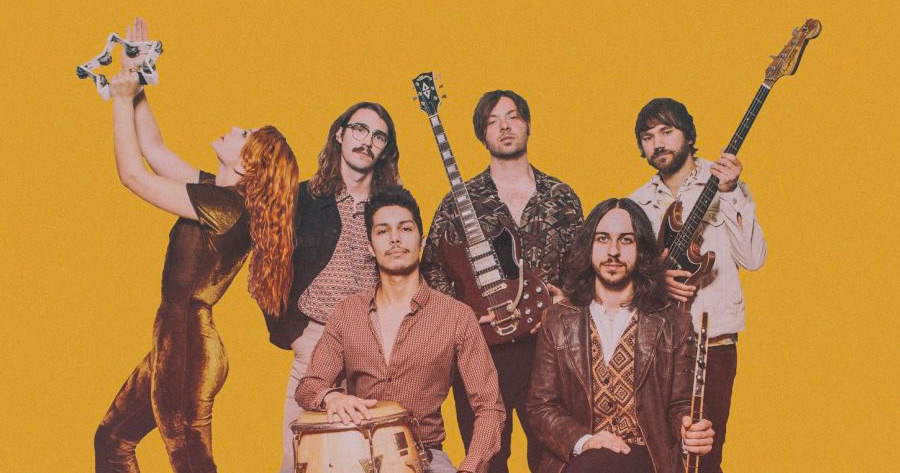 Dutch-Turkish collective Altin Gün are breathing new life into the Turkish pysch rock of the early ’70s, adding modern-day flourishes to classic influences. Their latest record, Gece, was just released on ATO and stands toe to toe with the garage-psych of labelmates King Gizzard & The Lizard Wizard.

To celebrate the album’s release — and the rich tradition of Turkish popular music — Altin Gün is giving us their guide to Turkish music, with some essential album selections and a playlist of chock full of serious jams. Definitely one of our favorite Turkish records of all time. Intense vocals, phased fuzz guitars, cosmic synths and an extremely groovy rhythm section. Holds the bangers Ince Ince and Yaz Gazeteci. Those songs were also my introduction to Turkish music. Finders Keepers Records did a reissue of this with some extra tracks and also in a different order. Unfortunately this pressing doesn’t sound so good. I hope one day this gem will be reissued in its original form and sound quality. Original copies in are hard to find and expensive. Barış Manço was Turkey’s most famous rockstar and TV presenter. He was one of the pioneers of the Anatolian rock movement in the ’70s. His house in Kadıköy is now a museum, and there’s even a ferry with his name in Istanbul.
2023 is definitely his most spaced-out cosmic adventure. He wrote a lot of his own material but like most Turkish artists, he also did a lot of standards and traditionals. Zafer Dilek isn’t as famous as the other artists in this list but was involved as producer/session player and arranger on a lot of Turkish classics; Selda‘s first album for instance. His solo albums are all instrumental versions of Turkish folk classics. This is is his best, grooviest, and most sought after album. A great listen from start to finish and a big inspiration for us as a band. A lot of people call Erkin Koray the Turkish Jimi Hendrix. Definitely on the heavier side of the Anatolian rock scene. A brilliant musician, but you can ignore his later work. Elektronik Türküler is Erkin Koray at his best. It’s his second album. His first and third albums are also worth checking out, especially for classics like Mesafeler and Estarabim. This is the only album from this list that I don’t own on vinyl. I really hope someone will reissue this one day. Unlike the other artists in this list Fikret Kızılok was a real singer/songwriter that performed mainly his own material. He’s been recording since the 60s but this 1983 album was only his second. He was more into releasing singles I guess. When I asked the owner of Deform records in Istanbul about the ridiculous prices for this record he said very little copies were made because of some legal issues. That’s also the reason it hasn’t been reissued I think. Luckily it’s on Spotify. Perfect Sunday morning album. Warm sounding mellow folk.

I didn’t want to include any compilations in this list but I can really recommend the Bosporus Bridges series. Volumes one, two, and three are all amazing.

We made a playlist on Spotify with some of our favorite Turkish tracks available there.