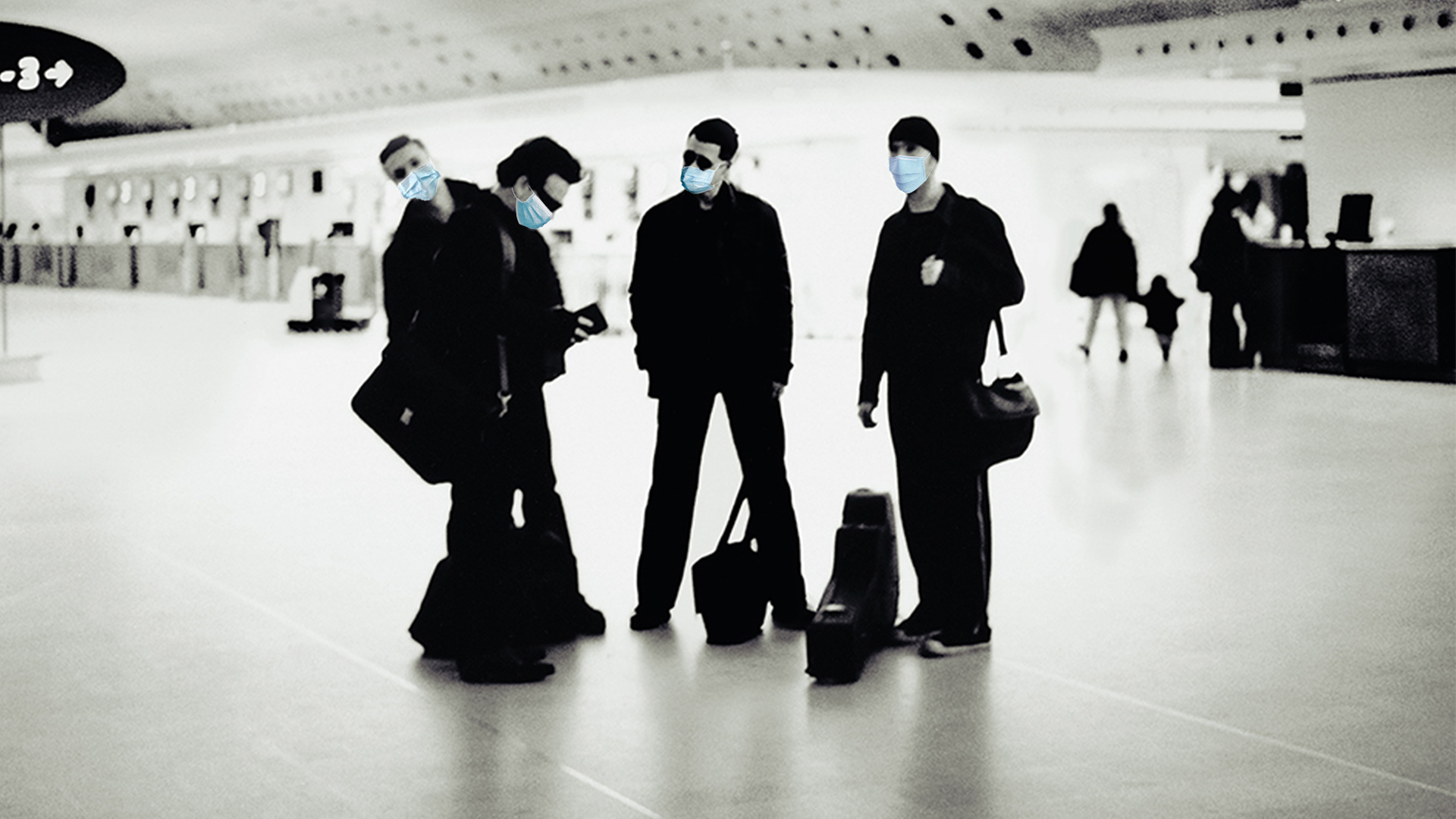 In 2000, U2 shook up the music industry when they left their label of 20 years, Island Records, for a multi-album deal with Interscope, which, at the time, was experiencing world-shattering success on the backs of Dr. Dre’s 2001 and two back-to-back Eminem smashes in The Slim Shady LP and The Marshall Mathers LP.

The notion of Bono and the boys jumping over to the imprint of their pal Jimmy Iovine at this time was indeed an exciting one. The band’s 1990s were largely defined by the boldness in their exploration of electronic music across three identity-defying studio albums (1991’s Achtung Baby, 1993’s Zooropa, and 1997’s underrated Pop) and an esoteric 1995 collaboration with longtime friend and producer Brian Eno as Passengers called Original Soundtracks I. But for All That You Can’t Leave Behind, the band made a return to that organic, big sky sound they perfected in the mid-80s with 1984’s The Unforgettable Fire and the 1987 kingmaker The Joshua Tree, working once again with the team of Eno and Daniel Lanois during the last two years of the 20th century to craft such international hits as “Beautiful Day,” “Stuck In A Moment You Can’t Get Out Of,” “Walk On,” and “Elevation.” All That You Can’t Leave Behind won seven Grammy Awards, including Best Rock Album, and is the only LP in Recording Academy history to have two songs win Record of the Year (“Beautiful Day” in 2001 and “Walk On” in 2002).

To celebrate the 20th anniversary of this turning point in the U2 catalog, Universal is releasing a “Super Deluxe” edition of All That You Can’t Leave Behind on the exact date of the album’s original drop, October 30. A brand-new remaster of the album includes an additional track, “The Ground Beneath Her Feet,” originally featured on the 1999 Bono-produced film, The Million Dollar Hotel. The Super Deluxe box set, however, teems over with 39 bonus tracks: remastered B-sides, session outtakes, the complete 19-track live audio of the band’s 2001 Elevation Tour performance, and a collection of 11 remixes, including four previously unheard versions recently discovered in the band’s Dublin archives.

In terms of U2 reissues, this 20th-anniversary edition of All That You Can’t Leave Behind is by far and away the most generous set yet when you look at every sonic indemnity this collection has to offer. Beyond the original LP, here are seven selections well worth your attention upon unboxing. The collection is currently on sale through Universal (but available in the Marketplace), but uDiscoverMusic has the news on all the latest box sets and editions.

“Levitate” on the B-Sides, Out-Takes, and Alternatives

It’s amazing to think this magnificent song was left on the cutting room floor during the final selection for the ATYCLB tracklist. “Levitate” sounds like U2 responding to the momentum of OK Computer channeled through the post-Achtung energy of their 1995 single for the Batman Forever soundtrack “Hold Me Thrill Me Kiss Me Kill Me.” If U2 released it directly on the heels of Pop in 1998 or early 1999, “Levitate” would have set the scene for an entirely different album than what we got.

“Stateless” on the B-Sides, Out-Takes, and Alternatives

Before changing directions to a more commercial approach with ATYCLB, U2 offered one last glimmer of hope for a headier, more nonlinear direction with the music they contributed to longtime friend Wim Wenders’ 2000 film The Million Dollar Hotel. “Stateless” unveiled an all too promising glimpse into what U2 in the 21st century could have sounded like if they continued down the path of their oft-overlooked 1995 side project Passengers.

“Stuck in a Moment” acoustic version

Bono and the Edge gave a deskside performance of “Stuck” on Letterman in 2011, where Bono revealed how the song was partially inspired by the memory of Michael Hutchence of INXS. This acoustic studio version of the group’s most poignant gospel hymn since “I Still Haven’t Found What I’m Looking For” really brings out the beauty and hope in the song’s lyrics with far more resonance than the fanfare-soaked original ever did. And 20 years after we first heard its Al Green-emulating melodies echo through our ears, “Stuck In A Moment” only continues to gain more points in poignancy when stripped bare.

“Always” on the B-Sides, Out-Takes, and Alternatives

“Always” first appeared on the radar of U2 superfans as one of two non-album tracks (along with the beguiling “Summer Rain”) on the UK import single for “Beautiful Day.” But when you listen really close, you will see that this song was actually an earlier incarnation of “Beautiful Day” in terms of its skeletal sonic structure. Yet where U2 took the tune to its full tilt maximalism on the smash hit we have all come to know, hearing this more esoteric direction of the track in its infancy is another suggestion to how much of a different project ATYCLB seemed to sound like at its genesis.

“Gone” live during the Elevation Tour

Pop was largely enhanced by U2’s decade-long love affair with electronic music, but one outlier on the album is “Gone,” a guitar-driven cut that sounds like it could’ve been written in the October era. The song’s inclusion into the setlist for the Elevation Tour, especially in this Boston performance on the box set, is indicative of how “Gone” fully blooms on the concert stage, especially when adjacent to such old warhorses as “I Will Follow” and “Sunday Bloody Sunday.”

“When I Look at the World” Picante remix

From “Surrender” to “Exit” to “Ultra Violet (Light My Way),” U2 has a penchant for putting their best compositions towards the ends of their albums. This song, arguably the deepest cut on ATYCLB, is also one of its best. And this “Picante remix” of “When I Look At The World” only becomes further enhanced as Bono serenades a waltz between a skittering glitch beat and Edge’s multilayered six-string atmospherics. U2 wasn’t done with dance music yet, despite the narrative in the rock mags at the time, and this newly unearthed remix makes you grateful to know they still had some skin in the game.

“In a Little While” Nightmares on Wax remix

A quarter-century after his debut LP Smoker’s Delight helped put Warp Records on the map for hip-hop heads, George Evelyn, aka Nightmares on Wax, was at the cutting, cutting edge of cool by the time that the U2 camp reached out to him to remix this ode to the warmth of classic Memphis soul. And for his version of “In A Little While,” Evelyn incorporates his blunted thump perfectly in synch with Bono’s yearning, Stax-esque croon, further enhancing one of the true highlights of the original 11-track LP.

Published in partnership with UMG.