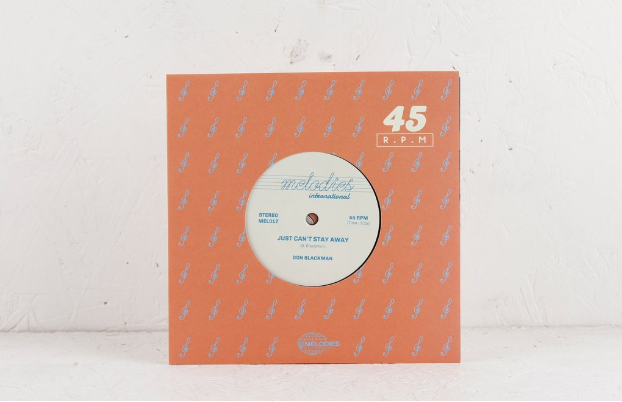 Queens native, pianist, singer, songwriter and 80s soul hero Don Blackman created arguably one of the greatest soul LPs of his generation in the self-titled, Blackman. 2019 has thankfully seen, by a domino of chance, his slept on 2002 boogie cut “Just Can’t Stay Away” re-emerge via London reissuers Melodies International.

Cutting his teeth as a session musician with the likes of Parliament, Earth Wind & Fire, and Roy Ayers through to collaborations with Bernard Wright and Weldon Irvine, Don was well placed from the get-go. Timeless records from Blackman like the dancefloor heater “Heart’s Desire” and classic stepper “Loving You, Holding You” are just ridiculous pieces of music ensured his unique Jazz / Funk brand would remain current for years to come.

Interpretations played a big part in Don’s prolonged legacy, with champion beat smiths Madlib and J Dilla both chopping his work alongside Jay Z and most notably Snoop Dogg for his seminal Gz and Hustlas.

Fast forward to 2002, Don released his last album Listen only on CD, which included the killer boogie cut “Just Can’t Stay Away” originally recorded by Don in the 80s as his answerphone greeting, before his wife convinced him to put it out!

Enter London based reissue champions Melodies, Elliott Bernard took the time out last week to recount the fantastic story of how this record fell into their hands…..

So how did you guys first come into contact with the track and what was the catalyst for its release?

Sam (Floating Points) was driving through the desert in California with his friend Alex (he’s got amazing taste in music!). Alex was playing this playlist he had put together and at some point, this tune comes on where Sam was like “this sounds like Don Blackman!”. Well, it was Don! Taken from a CD-only release from the early 2000s on UK label Expansion. Fast forward a couple of weeks and Sam was playing at Panorama festival in NYC, he played the tune and by pure coincidence, Don’s children Kyle and Irene were in the crowd. They ran up to the booth screaming “this is our dad!”, crazy!

Madness! So what came next?

After that Sam put Kyle in touch with us and we started talking about Melodies and that we thought “Just Can’t Stay Away” would be an amazing track to reissue. Kyle and Irene are also directly involved with music and are working hard to present their Dad’s legacy and make it available to new audiences. Regarding the process, we had an open conversation along the way.

Were there any licensing hurdles to jump though or was it a relatively straight forward?

It was very straightforward this time, as the family controlled the rights and the connection was made naturally. Also, Kyle and Irene are amazing and lovely to work with!

You put out wax for each Melodies release. How important is vinyl to you guys as a label and why did you opt for the 45 format this time?

From the label’s perspective, a big aspect of what we do beyond restoring and making music we love available again is contextualizing and telling the stories around it and the artists who made it. The physical format allows for much more liberty in that regard, by including fanzines, posters, referencing the original releases with the design, etc. I also think all these elements make the music feel much less disposable, which is important for a reissue label as each release become tokens of the artists’ legacy. The label is also quite DJ oriented and there are even more reasons why vinyl can be the preferred format for many DJs/collectors I’m sure you know of!

We did it as a 45 as the song is quite short and it felt right.

What’s next up Melodies and what should we be on the lookout for?

On the label side we’ve started to diversify a bit and focus on other genres as well – music we like and are excited about! We’ll also be doing more “You’re a Melody” parties and more :)

A huge thank you to Elliott and team Melodies for taking the time to recount this fascinating tale and insight into the records re-emergence. You can find the 45 below and be sure to keep your eyes peeled for new Melodies releases and parties.

If this is music to your ears, you can buy your copy of Just Can’t Stay Away on Discogs