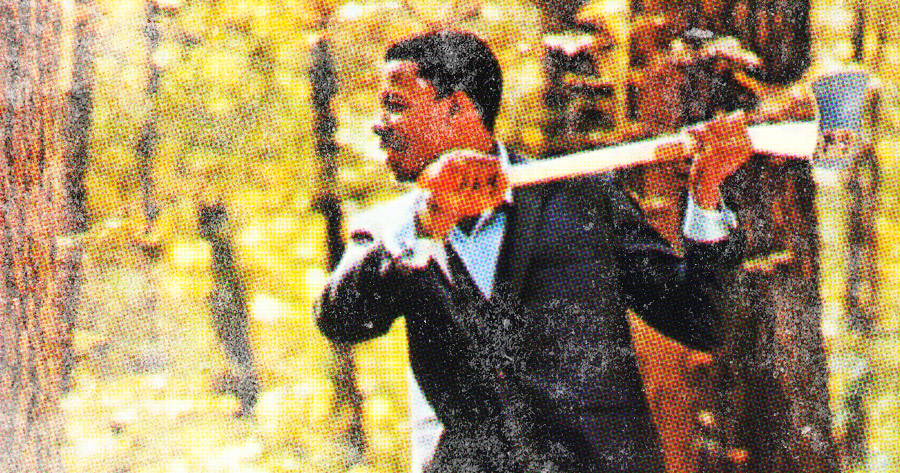 When some folks think about Vinyl Me, Please, a very specific image is conjured: A twentysomething who buys their vinyl from Urban Outfitters and immediately rips it up on their suitcase turntable. “Oh yeah, we’re aware of that perception,” admitted VMP head of editorial Andrew Winistorfer during a recent call. “But it’s not like that person would beg for Sarah Webster Fabio or James Booker.”

Winistorfer is talking about two artists in the Vinyl Me, Please Classics program, a subscription that curates old blues, soul, and jazz reissues. It wasn’t built on a whim, either. “We asked people what they wanted,” Winistorfer said. “This is what they told us. This is the stuff they want.”

Some months, Classics features household names like Mile Davis. Other months, you get more obscure but important stuff like Lafayette Afro Rock Band. “The idea is to help people build their collection with solid pieces that’ll hold up,” Winistorfer added. “Regardless of how famous they are.”

Here’s a survey of some choice entries in the Vinyl Me, Please Classics series, including their latest release from Stax hitmaker Eddie Floyd:

Knock on Wood is the platonic ideal of a Stax soul single. It’s got a beat you can dance to. Its horns are towering, shiny and perfect. It’s an ode to a lover that was conceived during a thunderstorm while Eddie Floyd and Steve Cropper were holed up at the Lorraine Motel, an interracial songwriting duo writing at maybe the most notorious hotel in American history (it’s where Martin Luther King Jr. was assassinated). It’s got music history in its backbeat, a No. 1 hit that, seeing Floyd perform 50 years after it was written, melts away the years and bridges the gap in decades.

As recounted in Robert Gordon’s Respect Yourself, Floyd and Cropper basically lived at the Lorraine for big portions of 1966 and 1967, asking for the honeymoon suite when it wasn’t in use since it was the biggest room at the hotel. Floyd took the inspiration for Things Get Better from the hotel’s Coke machine (Coke’s slogan at the time was “Things go better with Coke”), and a particularly crazy thunderstorm served as the inspiration for Knock on Wood (the thunder and lightning was metaphorical, and literal). Read More…

Fancy Free finds Donald Byrd catching the front edge of jazz’s shift toward fusion, with a much gentler and more approachable result than some of his peers produced. Its innovations lie in its source material: Fancy Free adapts the vernacular of funk and R&B more than it does that of rock, the inspiration for most jazz fusion records that are considered canon. Hindsight so often being 20/20, Byrd’s take on fusion — work that was then greeted skeptically — is looking more and more prescient.

“I’m not trying to be avant-garde or a hippie,” the then 37-year-old Byrd explained. “I’m me, and a lot of different things interest me at different times. And since I’m not pressing to be something other than myself, the sessions come out as relaxed as I can make them. As this one did.” Read More… Released in 1973, Soul Makossa is the highest-octane fossil fuel capable of bubbling up from the soil. If it failed to explode commercially, it created a subterranean rumbling for decades. It’s replete with rich musicality, a filthy and scabrous but meticulous funk that hip-hop producers skinned like the Native Americans preserved the buffalo.

This is revered wax, each horn part, drum break, and keyboard riff has been held up to the heavens by dusty-fingered alchemists. There are only a few platters that can match it: Melvin Bliss’ Synthetic Substitution, James Brown’s Funky Drummer and Funky President, and the Honeydrippers’ Impeach the President. Read More… 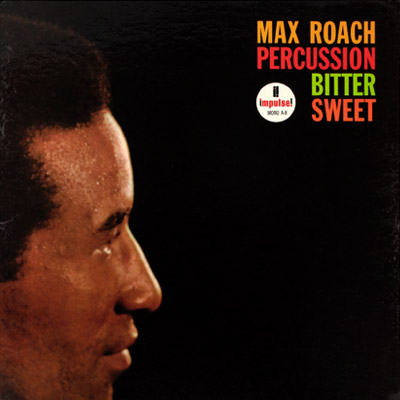 Percussion Bitter Sweet leads you to consider that perhaps Max Roach couldn’t have made a record less than this in 1961. Certain musicians at certain times are such high-voltage attractors and catalysts, so clear in their sensibilities and so connected to the innovative, argumentative centers of their field, that their best records seem inevitable. They are a result of the person assembling its parts, devising a container, and allowing things to happen.

The album can be understood on its own, a set of dramatic compositions for jazz ensemble with voice and extra percussionists, inspired by themes of Pan-Africanism and social justice. It can also be understood within a family of other records from around the same time which share some of its sound and valences and musical relationships. Read More…

I Got What It Takes

I Got What It Takes was released in early April 1975. It wasn’t an immediate success, and didn’t dramatically relaunch Koko Taylor’s career. That happened with her second Alligator album, 1978’s The Earthshaker. I Got What It Takes earned more road gigs for her, but she still needed to make money from day to day. When she was in town, she would go to day labor agencies and ride out to clean hotel rooms near O’Hare Airport.

Eventually her talent, charisma and indomitable spirit won her an intensely loyal audience. She went on to cut seven more Alligator albums and tour all across the USA, as well as playing throughout Europe and even touring New Zealand. I Got What It Takes was a major step toward her becoming blues royalty. Read More…