If you thought poetry was just for the wine-swilling, name-dropping, Ivy-League elites, think again – it’s for plebs like us too! Poring over Eliot, Pound, and Milton might not be for everyone, but music and lyrics sure are.

Music and poetry have always been deeply entwined. Have you ever heard a song that didn’t really float your boat at first, only to listen more closely and hear a well-crafted lyric that made it a firm favorite from then on? Or been kind of unmoved by a line that fell flat for you, only for the melody to color it with a new meaning?

In celebration of World Poetry Day on March 21, we’re paying homage to the more lyrically-minded among our favorite musicians. All of the following artists are renowned and loved for their razor sharp lyricism, and their work shines just as bright on the page. Even if you’re not really a fan of their music, you might find a whole new value in their published word. 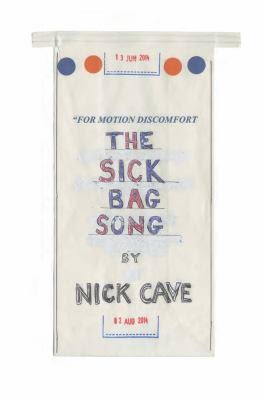 The ever-prolific, Nick Cave has 16 albums with The Bad Seeds, 4 with The Birthday Party, a couple with Grinderman, 20 soundtracks and scores; 5 film writing credits, and 7 book publications to his name. He’s also been made honorary doctorate of letters by University of Brighton, the seaside town he now resides in. It’s enough to make you feel a little lazy. ‘The Sick Bag Song’ is the most recent of his book releases, coming out in 2015. Written on a 22 date tour of North America in 2014, it’s a collection of poetry, lyrics, musings and fleeting thoughts that first found life scribbled on airline sick bags. As Cave himself describes it, “It’s a road-poem/horror-story – think The Hitcher meets The Book of Psalms meets John Berryman meets …”, it goes on, but you get it. 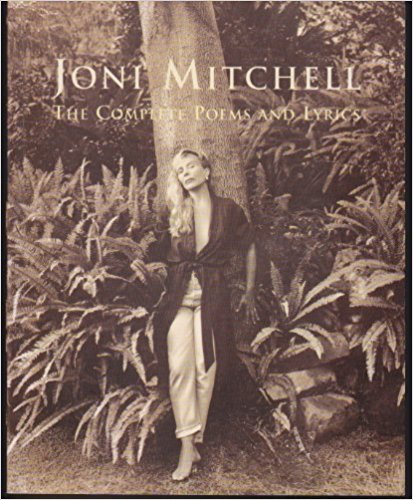 Legend has it, a perceptive teacher spotted Mitchell’s talent for words when she was in 7th grade, telling her “If you can paint with a brush, you can paint with words”. The world owes that teacher for encouraging the career of one of the most innovative and influential artists of the past century. Mitchell released ‘The Complete Poems and Lyrics’ shortly after being inducted into the Rock and Roll Hall of Fame in 1997. While she’s got many a charming ditty and melody to her name, if you’re not paying attention to Joni Mitchell’s songwriting, you’re missing the full power of a true 20th century epic poet. Her poetry and lyrics in one collection showcases her inner wordsmith and the evolution of one of our strongest storytellers. 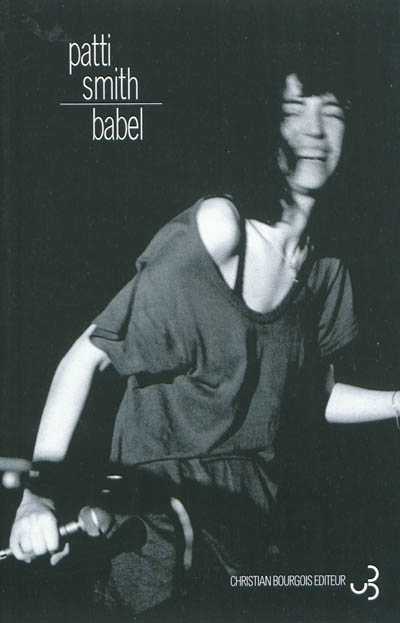 Often referred to as the Godmother of Punk, Smith’s talent for the lyrical is immediately apparent the moment you hear her music. Smith is an accomplished songwriter, poet, playwright and author. She published her first book of poetry in 1972, the same year she co-wrote play, ‘Cowboy Mouth’ with Sam Shepard. Since then she’s gone on to publish several more volumes of poetry. She’s known for her stream-of-conscious style, often meditating on questions of mortality and faith, citing influences like Rimbaud, Dylan, Antonin Artaud, Hendrix, William Blake and the Stones. ‘Babel’ was published in 1978, and features her poems, prose, pictures, and drawings.

Leonard Cohen – The Book of Longing

Cohen’s award-winning literary career began in 1951 when his poetry won the Chester McNaughton Prize for Creative Writing while attending McGill University in his native Montreal. As well as dozens of albums, Cohen also published a long list of poetry collections and a couple of novels to boot. ‘Book of Longing’ followed 1984’s acclaimed ‘Book of Mercy’, and contains 167 of Cohen’s previously unpublished poems and drawings. Cohen wrote most of the material in the book while living in a Zen monastery on Mount Baldy, California, between 1994-99 and on his frequent trips to India in the late 90s. While ‘Book of Mercy’ focused on psalm-like meditations, ‘Book of Longing’ has a broader scope. It includes work that was omitted from the former, like the 1978 poem, ‘Death of a Lady’s Man’, and lyrics from the albums ‘Ten New Songs‘ and ‘Dear Heather‘. 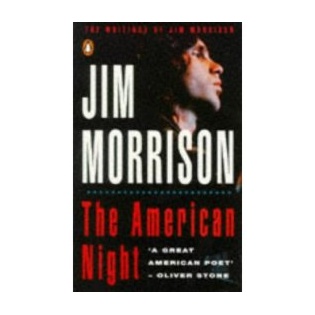 Morrison was heavily influenced by Greek mythology, Nietzsche, the beats (especially William Blake), and Aldous Huxley, from whom The Doors got their name. Alongside his lyrics, passages of Morrison’s spoken verse can be heard in a few of The Doors’ songs and on the posthumously released spoken word album, ‘An American Prayer‘. ‘The American Night’ was shrouded in controversy when it was released in 1991 (there’s your first red flag – Morrison died in 1971). It’s a collection of works that were found in the Paris hotel room where he died, but with no directive or clear authorisation to publish. As a friend of Morrison’s said at the time, “‘If something was thrown in a wastebasket by Cezanne, I don’t think it should hang in a museum’…’What about the sanctity of the writer?'” The American Night is Morrison at his freest, writing in nontraditional formats. With a clear Rimbaud-influence, his poetry deals with death, concepts of mythology and life after death. Tupac Shakur – The Rose That Grew From The Concrete

This collection of poetry, lyrics and writing from one of hip hop’s most famous and influential voices was released posthumously in 1999. In this book, Tupac’s work is presented in his own handwriting on one side, with a typed version on the page opposite. The collection of over 100 poems touches on several deep topics, including poverty, motherhood, Van Gogh and Mandela. A spoken word album of the same name was released in 2000, featuring the voices of Mos Def, Q-Tip, Red Rat, Quincy Jones, Malcolm Jamal-Warner, Danny Glover and many more. 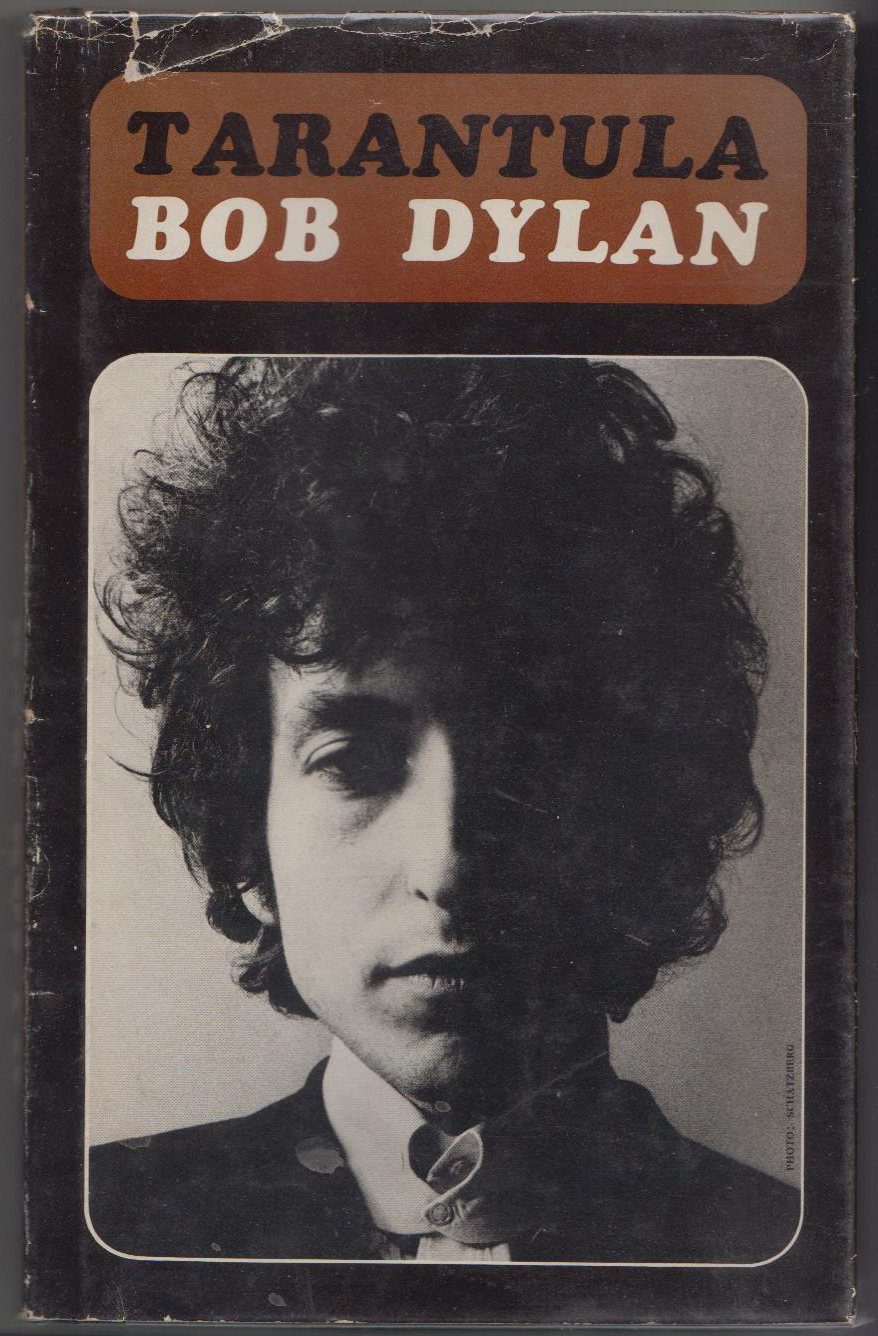 Written between 1965-66, critics have likened ‘Tarantula’ to the self-penned liner notes of his albums, ‘Bringing It All Back Home‘ and ‘Highway 61 Revisited‘, which came out around the same time. His stream-of-consciousness, experimental prose style has also been compared to the styles of Jack Kerouac, William S. Burroughs, and Allen Ginsberg. The book almost never was, as Dylan claims “Things were running wild at that point. It was never my intention to write a book.”, implying that his former manager, Albert Grossman signed him up to publish the book without his full consent. It’s angry, funny, plenty weird, and typically Dylanesque (e.g. “Now’s not the time to get silly, so wear your big boots and jump on the garbage clowns”). 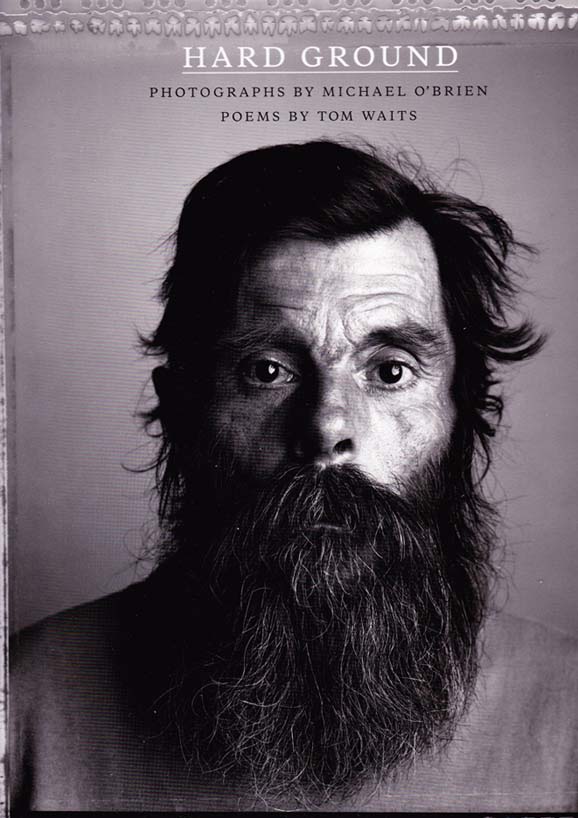 Waits teamed up with award-winning photographer, Michael O’Brien, best-known for his sympathetic portrayal of homelessness and disenfranchisement in America, for ‘Hard Ground’. For the songwriter who’s spent his career writing songs about outcasts, the theme wasn’t such a radical departure. Waits’ words in ‘Hard Ground’ are an abridged rearranging of longer poem, ‘Seeds on the Hard Ground’ to accompany O’Brien’s photography. All proceeds from the book went to charities, such as Redwood Empire Food Bank, a homeless referral and family support service in Sonoma County, California. By the end of January 2011, they’d raised $90,000 with four sold out editions, limited to 1000 copies each.