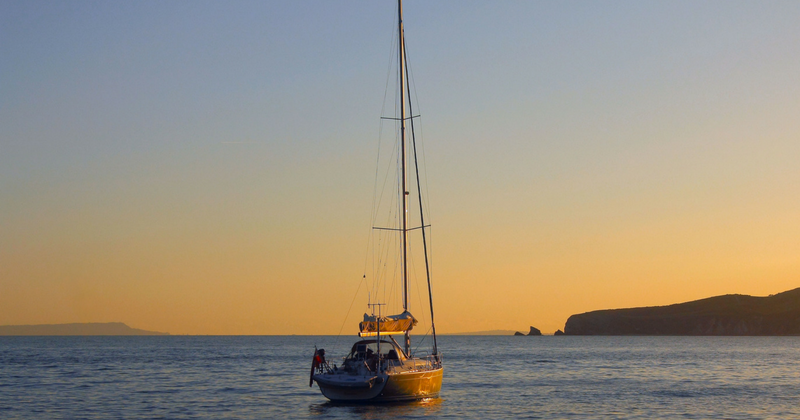 Today in offbeat styles of music, we explore what we can only assume is that dude manspreading next to a Yeti cooler’s favorite type of music; Yacht Rock. We’ll cover what the style is, touch on some controversy with the newly-coined term and list the best Yacht Rock albums to fill your sails.

The Creation of Yacht Rock

Though commonly used to describe a particular music vibe in the 70’s and 80’s, the term Yacht Rock was not coined until 2005. It was then that a man, let’s call him the captain, created the Channel 101 series named, you guessed it; Yacht Rock. The web series seems like little more than a tongue-in-cheek parody of characters in an era of music that doesn’t get much contemporary attention. Alas, this is the precise catalyst of the entire Yacht Rock subgenre.

It’s important to stop here and consider this. Yacht Rock is a historical reckoning of a bygone musical era. It was not a dedicated movement of musicians and artists working toward a common goal in real time like Tropicália in Brazil. Though, no doubt, many of these musicians were close with one another. From Michael McDonald writing for Kenny Loggins, Loggins writing for McDonalds’ The Doobie Brothers, to features and guest appearances and covers by many of the core musicians. It’s been described as incestuous, but it’s best if you don’t picture that too literally. Importantly, there was no one captaining the Yacht Rock movement in the 70’s. It’s largely a 21st-century projection on a short-lived 20th-century style of music.

What is Yacht Rock?

Is Yacht Rock more than a cynical 21st-century take on a loose style of music? Or is it just another logical point on the map of humans’ incessant need to catalog everything in this world? I reached out to every person with a yacht as their profile picture, yacht-related page, Jay Z impersonator and Lil Yachty-ish profile I could find on Facebook to get a take on what people who actually own, or pretend to own, or have an affinity for yachts listen to. 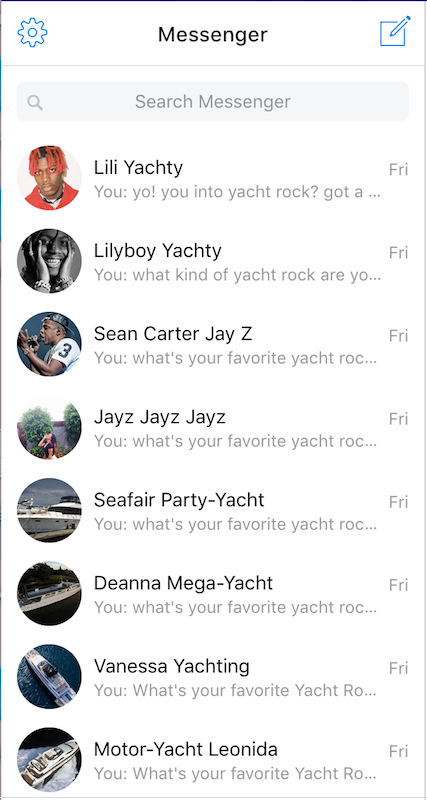 While I was waiting for their responses, I did some research of my own. I quickly learned that it has taken a life beyond the Channel 101 video series. Everyone from MTV to Spotify to SiriusXM has created Yacht Rock content. It’s popular enough to spawn questionable cover bands and influence convincing mockumentaries. Are any of these credible takes though? Is Yacht Rock something that is open to debate? Or is it the sacred creation of a single person? Does the creator, captain you might say, and his motley crew have the ultimate word on what Yacht Rock is? Or can SiriusXM create a streaming station that largely ignores the guidelines and effectively change the definitions of the genre? 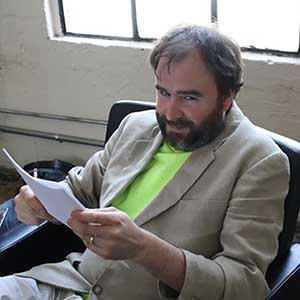 For his part, the Yacht Rock captain has gifted the world with an ocean of content meant to help us navigate these uncharted waters. Between the Beyond Yacht Rock podcast, @yachtrock Twitter handle, official Yacht Rock playlist, yachtrock.com, and perhaps most crucially, the Yachtski Scale, there is no shortage of guidance on What is Yacht and What is N’yacht. If we go by these purist guidelines, then we need to prioritize a narrow set of qualifying factors above all else:

Yacht Rock is a style, a vibe and a particular sound of music, but one that comes with rules. Not all soft rock from the ’70s can be Yacht Rock. Not all songs that someone thinks could be listened to on a boat count either. Though, some might disagree…

Over 160+ podcast episodes and counting, the Beyond Yacht Rock team has rated hundreds of songs on their Yachtiness. When looking into their rankings over time, they’ve either refined this to a point of consensus or developed a hive-mind. What started as a healthy amount of disagreement has evolved into a near consensus on what is and isn’t included. It begs the question; did they tack the right way? Is there any room left for disagreement? Or has their council refined it to a point where there can be no disagreement between what is Yacht or N’yacht?

I’ll be honest, I was taken aback when I first discovered what was considered officially Yacht and what songs were N’yacht, as were many of my discerning colleagues. How could a song like Islands in the Stream not count? That’s surely Yacht Rock, no? The creators and self-ordained guardians of the term have made little space for stylistically similar songs. Should a genre whose name so clearly invokes a vibe, a lifestyle, an easy-going manner prioritize strict production-value and musician requirements? And is there really no room left in this genre for new music? According to the Yachtski scale, 21st-century songs make up less than 4% of what is considered Yacht Rock.

It’s clear that in the popular imagination Yacht Rock has sailed passed these guidelines, growing into a much more diverse and inclusive genre. Though, this popular interpretation does not have the benefit of a central source of authority. Which makes the guidelines much…looser, leading to much more inclusion. In other words, there is much more Yacht than N’yacht in the crowdsourced interpretation. Indeed, this non-purist view can include many of the below:

The official Spotify Yacht Rock Playlist has more than 134,000 followers. It also has many songs classified as N’yacht by JD Ryznar and crew. For instance, Air Supply All Out Of Love, received just 15/100 on the Yachtski scale, yet is nestled in here. And the Eagles’ Tequila Sunrise, which scored an abysmal 4.5, is included as well. Spotify is hardly the only one to create a playlist using the Yacht Rock moniker. Take sports columnist Bill Simmons, who created a playlist and even graced us with his guidelines, which I like to imagine he made up while actually on a yacht.

My 4 rules for a Yacht Rock playlist…

1. Song has to feel like it could be played on a yacht

3. Every 3 to 3.5 songs needs to include Michael McDonald in some way

The Yacht Rock captain is, perhaps unsurprisingly, not impressed.

Not only are these rules a stupid, but your own terrible playlist breaks your own damn stupid rules. Imagine if the Sox were playing the Yanks and the Yanks just decided to play baseball by their own stupid rules. And everyone just went with it. That's how I feel right now. https://t.co/RIgOO5ousx

SiriusXM, who’s Yacht Rock channel is the ire of many a purist, gets a similar treatment.

None of what you’re requesting is Yacht Rock. Sirius already has a channel for all that folk-rock called The Bridge. Also, there’s no fucking excuse for how awful, repetitive and full of N’yacht Rock @YachtRockSXM is. https://t.co/6OxtMFAZCv

Then, there’s the deeper issue of exploitation through commercialization. Perhaps inevitable given the current winner-take-all stage of American capitalism we live in, but still egregious as ever. Take, for example, the Atlanta-based cover band who trademarked “Yacht Rock” and took it so seriously that they effectively shut down a reunion tour featuring Christopher Cross (a keystone artist of the movement no matter who you ask) because they weren’t given a spot in the lineup. Pretty shameful. They’re brazen about breaking the rules of the genre, despite this trademark, playing songs such as Whitney Houston’s “I Wanna Dance With Somebody” so that they can sell more booze for venues. Maybe this is the destined direction of a term that was ultimately coined in jest. A classic case of cynicism seized by opportunists.

Alas, nearly every genre has its controversies. There are famous feuds, such as the ongoing Bluegrass civil war. There are growing pains and power struggles and winners and losers. As for me, I’m pulling for the founders of Yacht Rock and their Captain. I’m okay with the strict guidelines. What would be the point of having a style called Yacht Rock if you were just going to toss in every song that will get Boomers to buy Red Bull and Vodkas? Though I am admittedly just one man, and perhaps the popular imagination has already mutinied seized the wheel for good.

Now that we’re all well versed in the history, style, and controversy of Yacht Rock, I present you with the best Yacht Rock albums that you can enjoy in your own living room (or yacht, if that’s your thing). Many of these were recommended by the captain himself, with a disclaimer that no album is pure yacht rock, but these are more Yacht Rock than most.

Maybe you’re asking yourself how you can express your inner Yacht Rock on Discogs? For one, you can create Yacht Rock lists and advocate for new styles to be added to the database. You can also live your most Yacht life every day by listening to JD Ryznar’s podcast Beyond Yacht Rock. They dive into often overlooked music while having insightful discussions and crafting clever subgenres along the way. You’ll never look at a dollar-bin the same way.

Oh, and for the curious; out of all those messages to Yacht people on Facebook not a single one ever got back to me. Go figure.

Did you enjoy taking a dive into the sea of Yacht Rock with us?
Sign up for an account to discover new music, keep up with vinyl how to guides and track your collection.