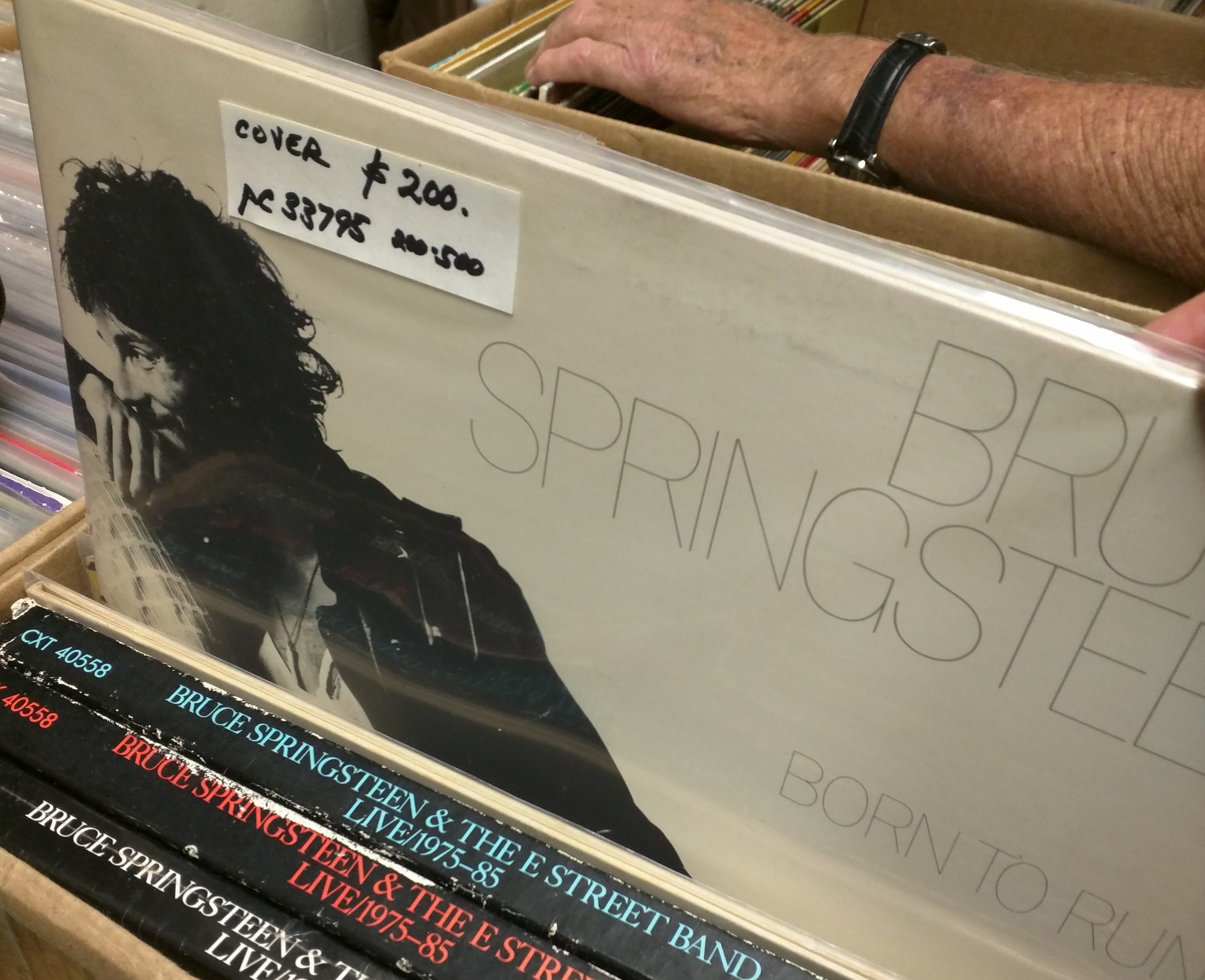 The next few posts will be different from my normal format of consumption-oriented clickbait. Here I am every other week telling you to buy buy buy, to sub sub sub. It’s so fun to consume, you know. It’s more fun to mask your giddy consumerism as half-hearted ironic consumerism. That having been said, buying outside your territory becomes essential. At some point I depleted most of the standard issue boring stuff nobody likes in my own home state, time to move onto someone else’s.

Usually, what I do at record shows is buy any dollar bin 45 or LP that I haven’t seen before. It’s all in hope that I magically find some nugget of humanity or a glimmer or organized aural elegance. The past few years has been something of assuming the role of one of Borges’ librarians. I’ve been entering mountains of seemingly endless entries. At times they seem like they were being generated not by the hands of humans. Records made by some random number generator in some computer in some forgotten lab.
I feel guilty for taking vacation time. I am anxious because I am out of the loop. Less escape and more feeling removed from the flow. This is the new American dream, it seems. I Spent Record Store Day hanging out in a warehouse. I was listening to former and current record store employees share war stories from RSD past. Annoying phone calls, heavy loads, and heavier drinking. The heavy aroma from the restaurant that shared building space with the warehouse was overwhelming. I was adding a mountain of soca records to the database. What even is vacation?
The day before, I was a U.S. Marshall. Or at least someone thought myself and my associate were. I can’t say this assessment was accurate. I live in a bubble. I have had hard times, but these are not. I live more comfortably than some, less than others. These are uncomfortable words to say. Privilege is this. I work hard, but I have not always had to work as hard as others.
Fear towered over the room. Fear over me. Fear over my associate. Fear over what we potentially represented. Fear from a general lack of communication. We came looking for records. Once our identities secured and the goods inspected, it was bupkis. Records without jackets, jackets without records, mold, and dust. Much ado about nothing.

Back to Saturday. After I had gotten through enough Soca records that I could handle, I commuted back to where I had set up camp. I was commuting between the warehouse and my associate’s house. It was a short walk, two subways and another short walk. I’m not exactly a city slicker. I’ve taken the route before a few years ago and I’m somewhat familiar now with New York’s system. At least familiar enough that I can navigate without too much stress. I’m still green though.
The first leg was simple, train at the platform when I arrived. Perfect. The second leg hit a snag in the form of a crowded muggy platform. Anxiety was in the air and hung there for a good five minutes before the train arrived. Crowds formed before the doors. The passengers stared at us as we stared back at them. All waiting for the signal like a bland version of Football. When the doors open, the frontrunner pushed in. Not a good start. A short heavy-set bald man angrily insisted that he should wait. I did not see if any action provoked the Uncle Fester looking fellow to react. It came, though, in the form of a rolled up newspaper firmly over the head in front of me with a cartoonish ‘thwop’. Everyone was yelling. I was yelling. Uncle Fester booked it. Calmness took hold as the train pulled off.
I didn’t take any notes for what happened Sunday, the day of the record show. That will come with my next post, after I’ve hopefully finished contributing my haul. As a preview of things to come, I’ve completed the data end of the 7″ singles I dragged back.  It’s a good mix of Doo Wop, Rockabilly, Break-In, and some other neat junk. I’m starting to buy stuff I’ve already seen before. I may need to move my jumbled mess of record buying shenanigans inland. Until next time, kids, yell at me in the comments about how I should have a plan and a wantlist and stuff.
Return to Discogs Blog
Tags: database