Check out Part 1 of what I did on my spring vacation here!

No notes were taken on Sunday, the day of the record show. The following is scribed together from notes from the day following and from scraps of information we have that survived. I have something of an awful tradition. What you got to do is to party hard long into the night and then get early bird admittance to a record show. Then, with no sleep and possibly other residuals, make purchasing decisions. If this sounds like a terrible idea, it usually is. The show was in Baltimore and I think I slept on the car ride over.

I was grateful, though. This time I was grateful I had bought ear plugs for the show the night before. Having learned my lesson from last time, I did not have a frightening case of tinnitus waiting for me. A lesson I am reminded of in certain periods of silence and will likely be reminded of for the rest of my life. The after party was better. It was disco being played in an actual loft apartment. I don’t remember the specifics of when we left. It must have been around 3AM or so. I grabbed a winter hat out of the apartment building’s free bin on my way out for reasons unknown. Nearly two hours later we were on the road. It was a good party. It was a good record show. I bought a lot of records. (Check it out!) 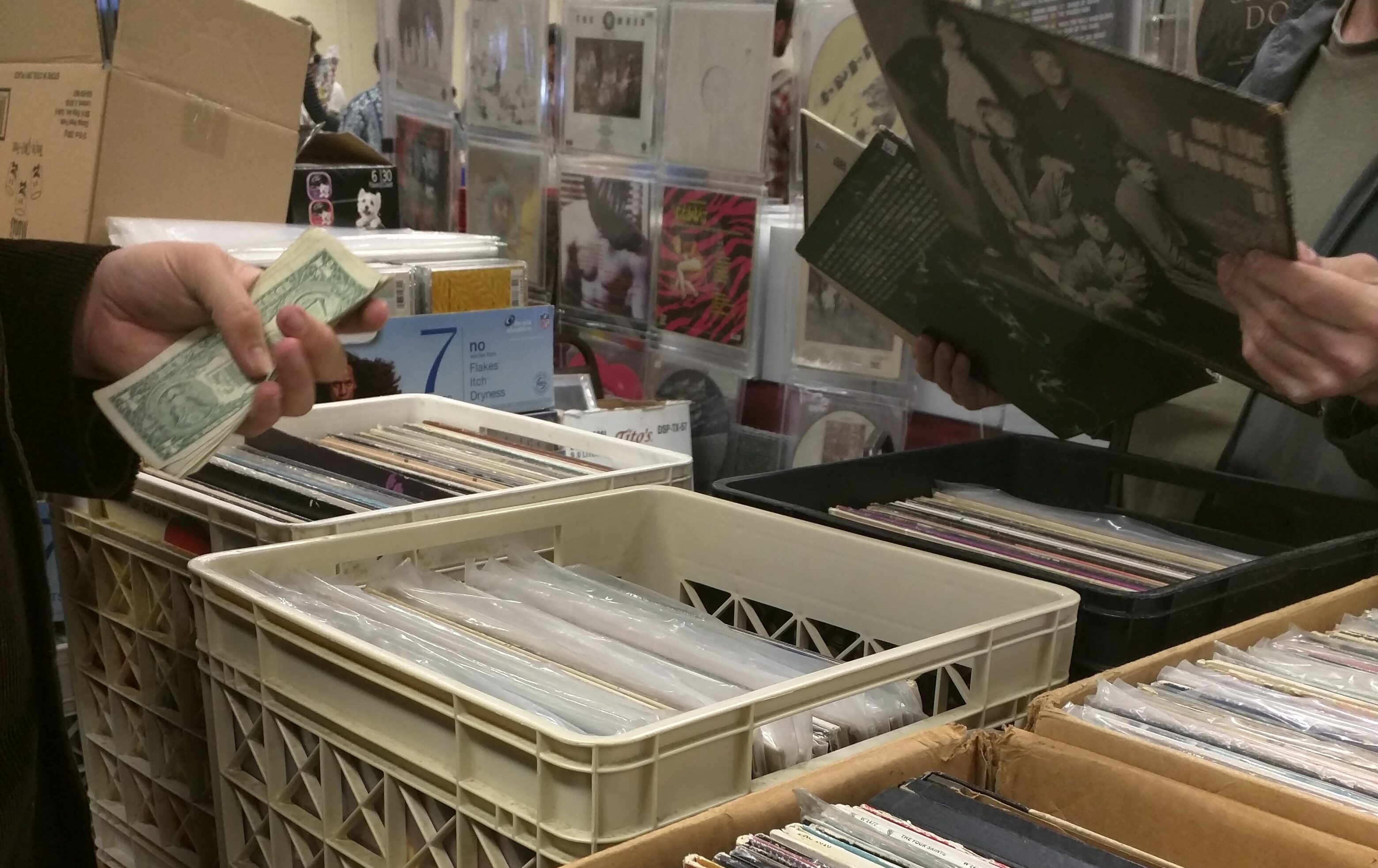 I ended up buying a (supposed) portion of Ralph Stanley’s collection of bluegrass test pressings and acetates out of the back of a van in the parking lot. Some are autographed. It seems legit. This privilege cost me two hundred bones after some negotiation. This purchase was definitely for the database. The information that can be garnered from it will not only be of interest to bluegrass enthusiasts, but also to those who are interested in how records are made. Ultimately, this is what I ideally hoped to find on this expedition. A style of music I personally enjoy would have been nice, but likely not feasible or affordable.

Now that the stack has contributed fully (check it out), we’re left with questions. Most of the collection makes sense: acetates and test presses of full length vinyl record albums and compilations. Normal business. There’s some stuff in there that I’d like to know more about. Some of these test presses are from a good twenty years after the record was released. Some of these records have just the B-Side. At least one is totally unreleased. 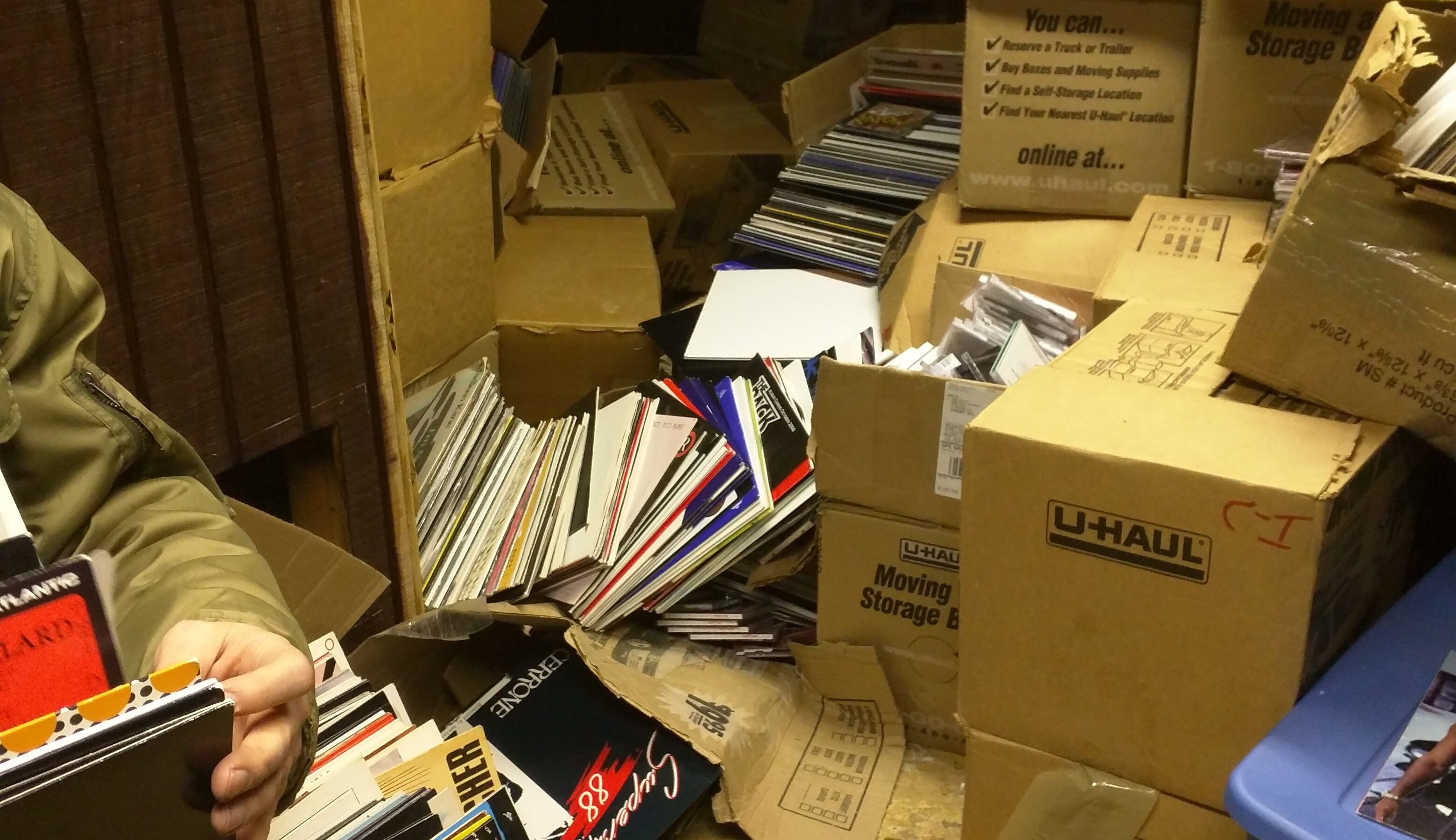 Monday was hard. It started with a simple house call. Beat up gospel LPs and clean bootleg CDs. Nothing worth writing home about. The day later found us in a small office building’s basement in New Jersey. There was the remains of a record pool’s back stock in there. Roughly 10,000 12” singles and CD’s in varying states of condition. Some of the boxes were water damaged and disposed of. All needed to be removed. The only thing in the middle was a flight of stairs and my legs. I got about 20-30 boxes moved before my legs were wobbling when I was going up stairs. I was drenched in sweat. I’m not exactly in great shape, but I’m not in terrible shape either. I have keyboard stamina. Our end of the record industry is more heavy lifting than anything somedays.

I am back home now and totally recovered and everything contributed. The records presented in these past few blogs are already water under the bridge. Either neatly filed in my collection or back in the bins ready to go back into the resale pool, I may never see them again.

Until next time, leave some comments.