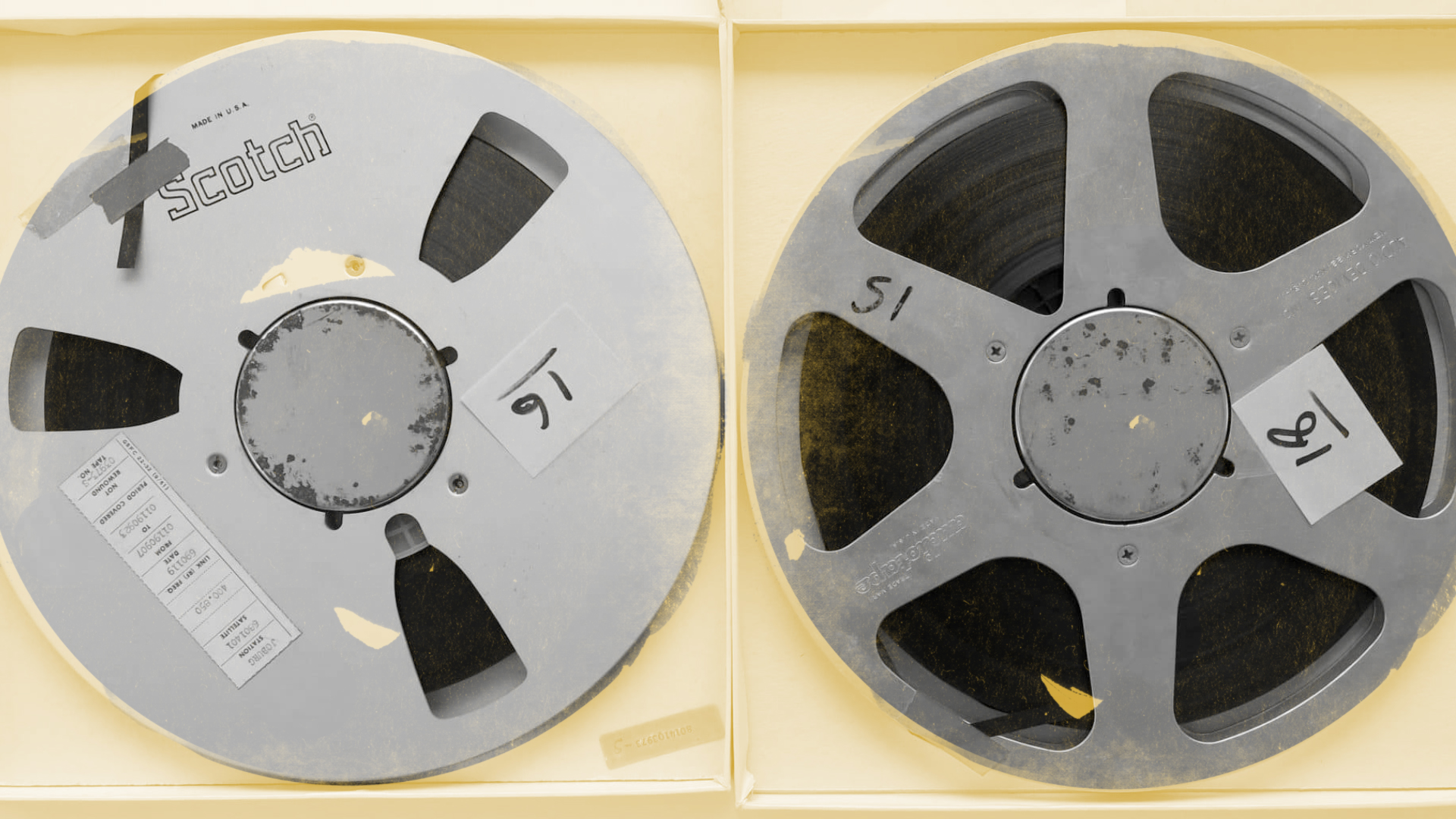 You’ve probably noticed this phrase on releases by artists from the Crickets to the Beatles, from Sonny Red to Grant Green: “From the original master tapes.” Which sounds enticing, right? As a selling point, this telegraphs that the contents are organic, authentic, and analog. But this begs a simple question to which a surprising few know the answer: What is a master tape? Furthermore, why would one not only prefer it but seek it out when one can quickly and cheaply make copies upon copies?

“The reasons are very simple, but most people don’t get it,” Chad Kassem, the CEO of the high-end audio company Acoustic Sounds, tells Discogs. Kassem partly makes his living selling audiophile-quality LPs through his reissue label Analogue Productions. Both by principle and sheer technical logic, he sources from master tapes “99.99%” of the time, making him an ideal candidate to explain what they are to the unaware.

“A master tape is a tape used to record the band originally. It’s the tape,” he explains. (The exception, he adds, is when one bounces a multitrack tape down to two-track. In those cases, that tape is the master.) “It doesn’t matter whether you’re scanning a copy of a copy of a photo or anything,” Kassem stresses. “Unless the original is damaged and the copy is in better condition, it’s always going to be best to start with the original.”

Whether you’re reproducing recordings, photographs, or the “Mona Lisa,” the original — deterioration notwithstanding — contains 100% of the information. So for Kassem, that he would try to the best of his ability to get the master tape in his hands is a no-brainer.

When in talks with a label to reissue a record on Analogue Productions, Kassem makes one condition clear from the jump. “We tell the label that we only want the original master analog tape,” he says. “Sometimes, they think they sent us the master tape, and they didn’t. We tell them it doesn’t look like the master, and they look and look and look. Sometimes they find the master, and sometimes they don’t, but most of the time, that’s what they send us.

If a master tape isn’t available, Kassem does his best to make sure it doesn’t exist anywhere on the planet. Sometimes, this involves following leads like a private investigator. “Every situation is different, man,” he says. “There are hundreds of different labels. You sit there, and you think, and if you think you can figure out something and somebody to call, then you call somebody. Sometimes, there isn’t anybody to call.”

“We go to the ends of the earth, man,” he adds. “We spend lots of money and time trying to get the master.” Most of the time, if the master is damaged or lost, he passes on the project. But if there’s a pristine-sounding first-generation copy of the master tape, Kassem may decide to make an exception to his professional rule.

“There are very few titles we come up against where we have to decide, ‘This is it. It’s the best we’re going to get.’ You either do it or not. Put up or shut up,’” Kassem says of using a sterling copy when a master is unavailable. “You’ve driven the labels crazy; you’ve driven the tape vault guys crazy. You’ve looked everywhere you can. They told you this; you’ve got to believe them. This is it. This is the best. What are you going to do?’” 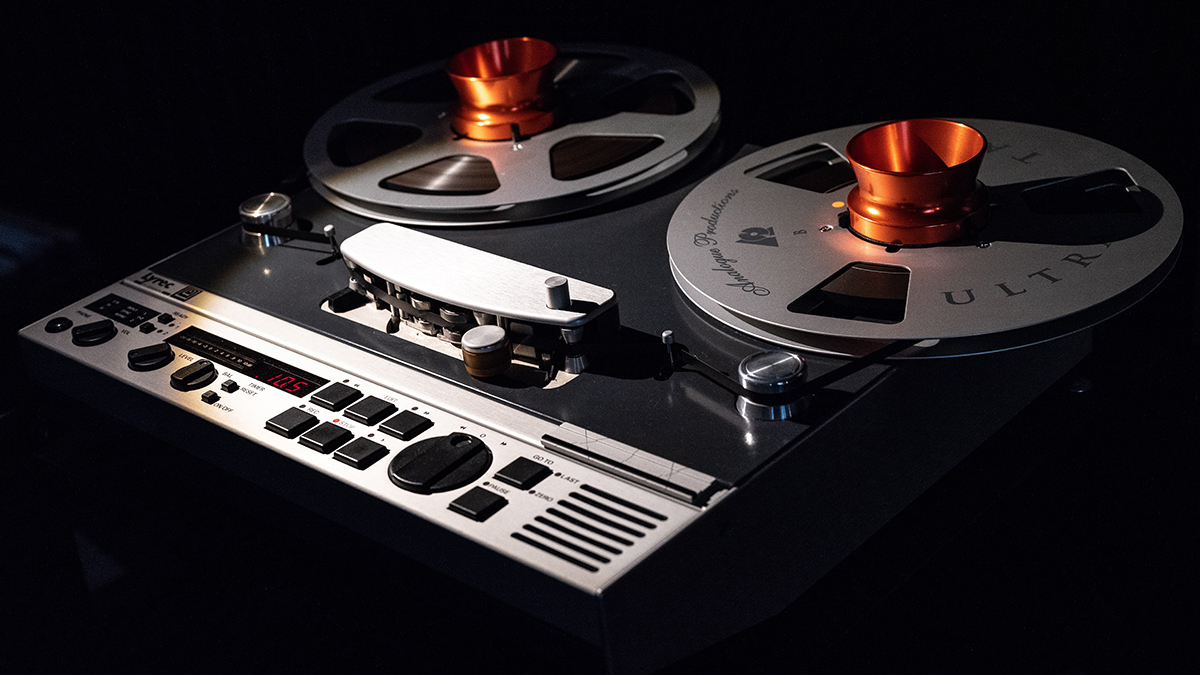 Kassem is aware of the pitfalls of throwing the baby out with the bathwater. The end-goal is to share magnificent music, not withhold it for nanoscopic reasons out of his control. “Sometimes, there’s a little glitch — a little noise, a little distortion — and people freak the fuck out,” he says. “You can’t let a little flaw in the master tape keep you from putting out something glorious.”

For example, he evokes Miles Davis creaking a stool in the studio as the source of an unreasonable consumer complaint. “OK, so you heard him scoot back in a chair?” he asks. “Well, that shows it’s a human being in a room, and it’s not a computer. There’s a lot of soul in there.”

Why don’t all reissue labels seek out the master tapes with Acoustic Sounds’ determination? “Listen, man, it’s all about money, OK?” Kassem says. “Some people don’t feel that it’s worth spending the extra time and money. Some people don’t hear the difference. Some people think their customers don’t hear the difference. I’m catering to people that have very expensive stereos. They want the absolute best. They don’t care about the price.”

But Acoustic Sounds does it the honest way and, lately, is further removing the boundaries between the master tape and the consumer’s ears. “We’re starting to sell reel-to-reel tape. That’ll get you real damn close,” Kassem says. As he explains, a one-off tape copy is the best format out there, followed by a 45 RPM cut, a 33 RPM cut, and a high-resolution download successively. That said, “If you use the original master — if it’s a good recording, and you’ve got the best mastering engineers doing it — that should get you close.”

At the end of the day, “You just try your best, man. That’s all we do,” Kassem says. “Most people love what we do, and now and then, there are people you just can’t please. So I ask them to go out and buy a CD and be happy. We try to please them, and then if we can’t, we say, ‘Please call our competitors. Get a CD! Leave us alone.’”

Published in partnership with Acoustic Sounds.