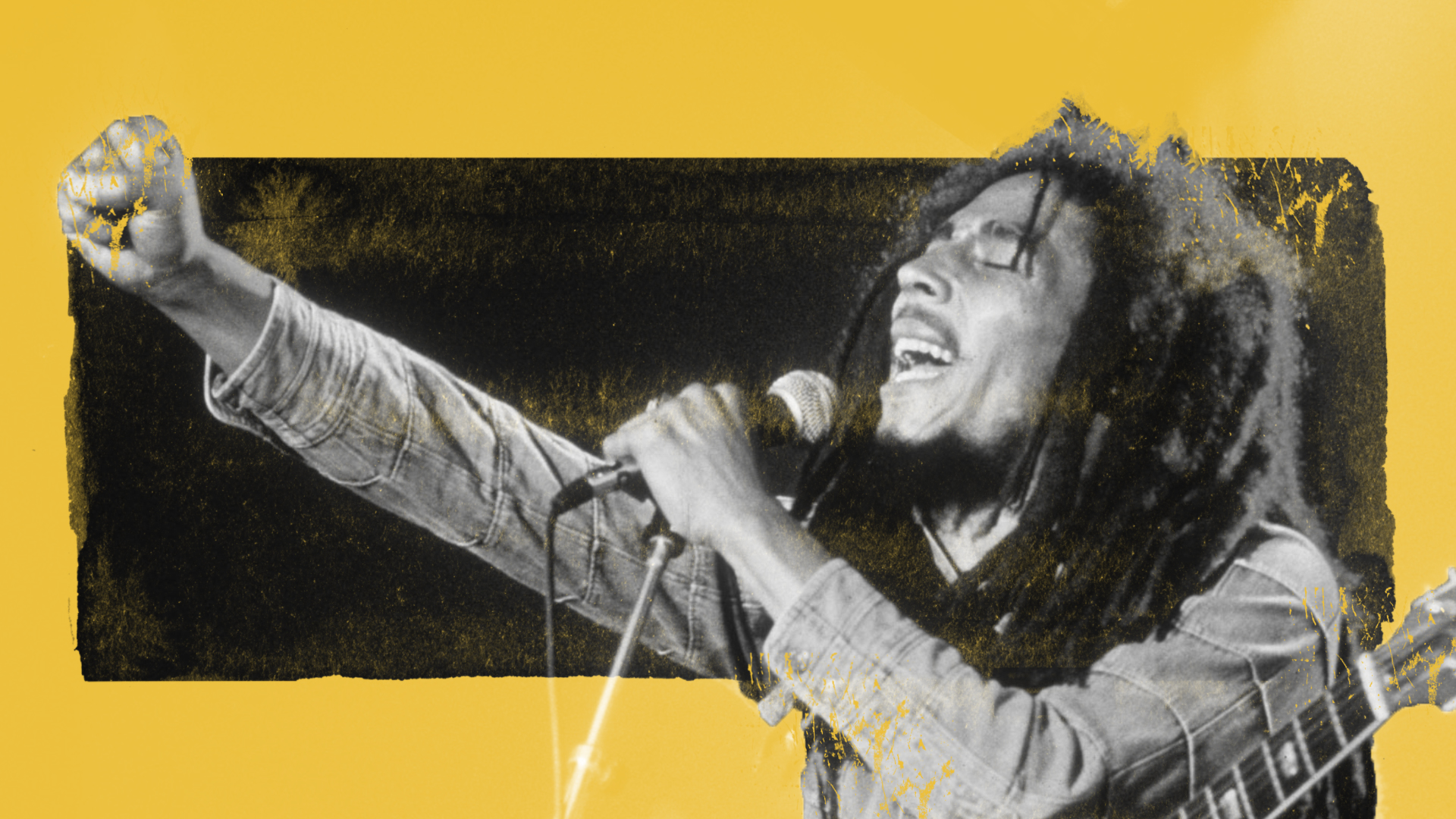 One of the more welcome aspects of vinyl’s return to prominence is increased consumer interest in how records are actually made. More than ever, vinyl fans are well-versed about the best pressings of any given album, the finest pressing plants, and even the most trusted engineers.

But when a niche product turns into a money-maker, the buzzwords start flying. Just because a record weighs 180 grams, for example, does not mean that it’s automatically an audiophile pressing or inherently better than 140 grams. Just ask the Robert Ludwig pressing of Led Zeppelin II or any of the many extraordinary Original Jazz Classics reissues.

Over the past few years, we’ve seen a lot more references to half-speed mastering, a process that has been around for decades but has recently made a comeback.

The latest reissue series to feature half-speed mastering is the highly-anticipated 12-album catalog of Bob Marley & The Wailers, out November 20 from the Universal Music Group and remastered by perhaps the world’s preeminent half-speed engineer, Miles Showell of Abbey Road Studio fame. 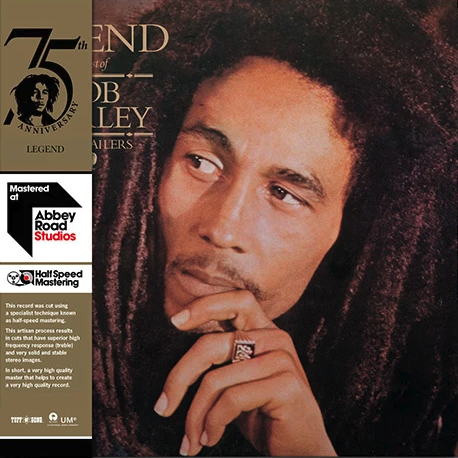 But what is half-speed mastering and why is it done? And, just as importantly, is it worth the extra cost that’s usually associated?

First, a quick primer on the mastering process would be helpful. To create an LP, a blank lacquer disc is placed on the mastering lathe’s turntable. The lathe is fed a signal from a master tape or digital file, and then the lathe’s cutting head carves grooves into the lacquer. From that lacquer, a metal stamper will be made and the stamper will be used to press the grooves into vinyl.

Half-speed mastering is very similar at its core but there is one crucial difference, which then creates a host of issues that need addressing. That difference is that the master lacquer is made with the signal source and cutting lathe both running at — wait for it — half-speed. So 16.65 rpm instead of 33.3 and, as an example, 15 IPS instead of 30 IPS when using tape. If a digital file is the source, the DAC being used in the chain has its clock run at 48kHz vs 96kHz.

But it’s not quite as simple as that, as we’ll learn later.

“The claimed advantage of this process is that, by cutting at half-speed, the cutter head can engrave the lacquer with greater accuracy since it’s moving more slowly,” said vinyl guru Michael Fremer, of Analog Planet and Stereophile. “You could analogize this to driving a car on a curvy road at high speed or half that speed.”

Ideally, greater accuracy translates to greater fidelity, which is why specialty labels such as Mobile Fidelity have used half-speed mastering as their standard for more than 40 years. In recent years, half-speed mastering has become increasingly popular with major labels and, more often than not, Showell and Abbey Road Studios are given the job.

Showell has been in demand, cranking out half-speed masters of titles by the Rolling Stones, The Beatles, The Who, Sade, ABBA, Brian Eno, Creedence Clearwater Revival, and many more.

His latest project to hit the shelves is Marley. All of the late musician’s Island Records catalog has been redone; that’s nine studio albums, beginning with 1973’s Catch a Fire and ending with 1983’s Confrontation, plus two live albums and the biggest-selling reggae album in history, the best-of compilation Legend.

Showell takes his half-speed mastering seriously. He begins with the best tape available and then, using substantially modified equipment, makes a high-resolution digital file that has been specifically equalized for cutting a lacquer, leaving out the compression and limiting that torpedoes many CDs, focusing more on retaining detail and dynamics. He has a cutting lathe modified for half-speed use.

“It is around 18 years since I first started experimenting with the re-introduction of half-speed mastering,” Showell said. “Initially, I had a lot of help from my hero and the god of half-speed, the late Stan Ricker, who was extremely generous with his time and knowledge. … I then spent a long time perfecting the process as it is not as simple as slowing the lathe down.

“Almost everything is different and needs re-aligning to get the very best from working at half speed. My goal when I started this was to bring 30 years worth of developments and improvements to half-speed mastering. I have worked extremely closely with my two independent lathe technicians and the three of us have managed to design some proprietary circuitry which is a vast improvement on the original Neumann half-speed designs.”

“The claimed advantage of this process is that, by cutting at half-speed, the cutter head can engrave the lacquer with greater accuracy since it’s moving more slowly.” – Michael Fremer

Half-speed masters that are done well tend to have a specific sonic stamp, Fremer said. “Many listeners find that the high frequencies, especially transients, are pristine and super clean, while the lowest frequencies are not quite as powerful and/or extended as through standard speed cutting.”

“Not everyone agrees with that, but many listeners do,” Fremer added. “All other things being equal, it can result in very good sound. However, if the basic mastering chain isn’t great it won’t sound so great.”

Showell agreed that bass response has long been an issue with half-speed mastering, but he has addressed the issue with extensive modifications to his cutting equipment. Half-speed mastering has traditionally resulted in reduced bass because the Neumann half-speed lathes commonly used addressed issues with achieving the proper Recording Industry Association of America (RIAA) equalization curve by adding two extra RIAA filters, needlessly complicating the signal transfer. Showell has custom RIAA circuitry installed on his lathe which allows him to use a single filter for a cleaner signal. Also, Showell’s Ampex ATR-102 tape machine has a custom head that offers extended bass response, so the final master tape he produces before transferring to a hi-res digital file has full and deep bass.

All of which was crucial for the Marley albums. “In reggae, everything is built on the foundation of the bass,” Showell said. “No bass or even reduced bass would have been a disaster. If filtering the bass was required, I would not have done the job. When I cut the masters for these albums, the bass was left intact, exactly as it was given to me.”

Half-speed mastering is even older than you thought, Fremer said. Decca Records in the United Kingdom released a number of half-speed classical titles in the 1950s and ‘60s, he said, and Mobile Fidelity picked up the torch beginning in 1977.

“After Mobile Fidelity popularized the process, where the records were cut by Stan Ricker, many others jumped on board, including Columbia, RCA, Nautilus, and Direct-Disk Labs,” Fremer said. “The Columbias and RCAs were notoriously mediocre. Some of the Nautilus and Direct-Disks were pretty good.”

Why are some good and others bad?

It’s no different from normal mastering: If the source tape or digital file is poorly recorded or mixed, or if the vinyl is ultimately pressed incompetently, then the mastering process is handcuffed. And whatever process is used, it doesn’t matter if it’s used poorly. Columbia Records hit the losing exacta with 1980’s half-speed reissue of Bruce Springsteen’s Born to Run, for example, as their engineers didn’t know what they were doing and they had chosen an album with famously compromised master tapes.

“I am an engineer as well as a music fan [and] all I have ever wanted is to make my work sound as good as it can, not just for me but also for the music fans at home.” – Miles Showell

Showell, a Marley fan, faced some challenges involving master tapes when tackling the new reissues. The Legend album required special care as it’s a collection of edits and remixes as well as original album cuts. In order to track down the best source tapes, Showell had to figure out which versions of the songs were used on the original album, as there were no annotated notes.

He dug into his own Marley collection and then bought several singles from Discogs sellers, eventually compiling a list that was used to track down master tapes. The result, he said, is the best the album has ever sounded.

“I am an engineer as well as a music fan [and] all I have ever wanted is to make my work sound as good as it can, not just for me but also for the music fans at home as I remember how happy great sounding records made me feel before I started working,” Showell said. “Non-standard though my methods might be, I have yet to find a better way. That does not stop me looking, but for now this is it.”

If all of this half-speed talk has piqued your curiosity, you can check out Showell’s Discogs page for a list of albums he’s done. And Fremer, who has spent his entire life immersed in vinyl, was kind enough to pick for us three of his favorite half-speed masters and three that don’t make the cut, so to speak.

Another Mobile Fidelity release, this one from 1984.

Half speed and half the music.

Bruce Springsteen ‎– Darkness on the Edge of Town (HC-45318)

This one was digitally remastered! There’s an analog master tape!

Published in partnership with UMG. To discover even more about Bob Marley & The Wailer’s studio albums, head over to uDiscover Music.