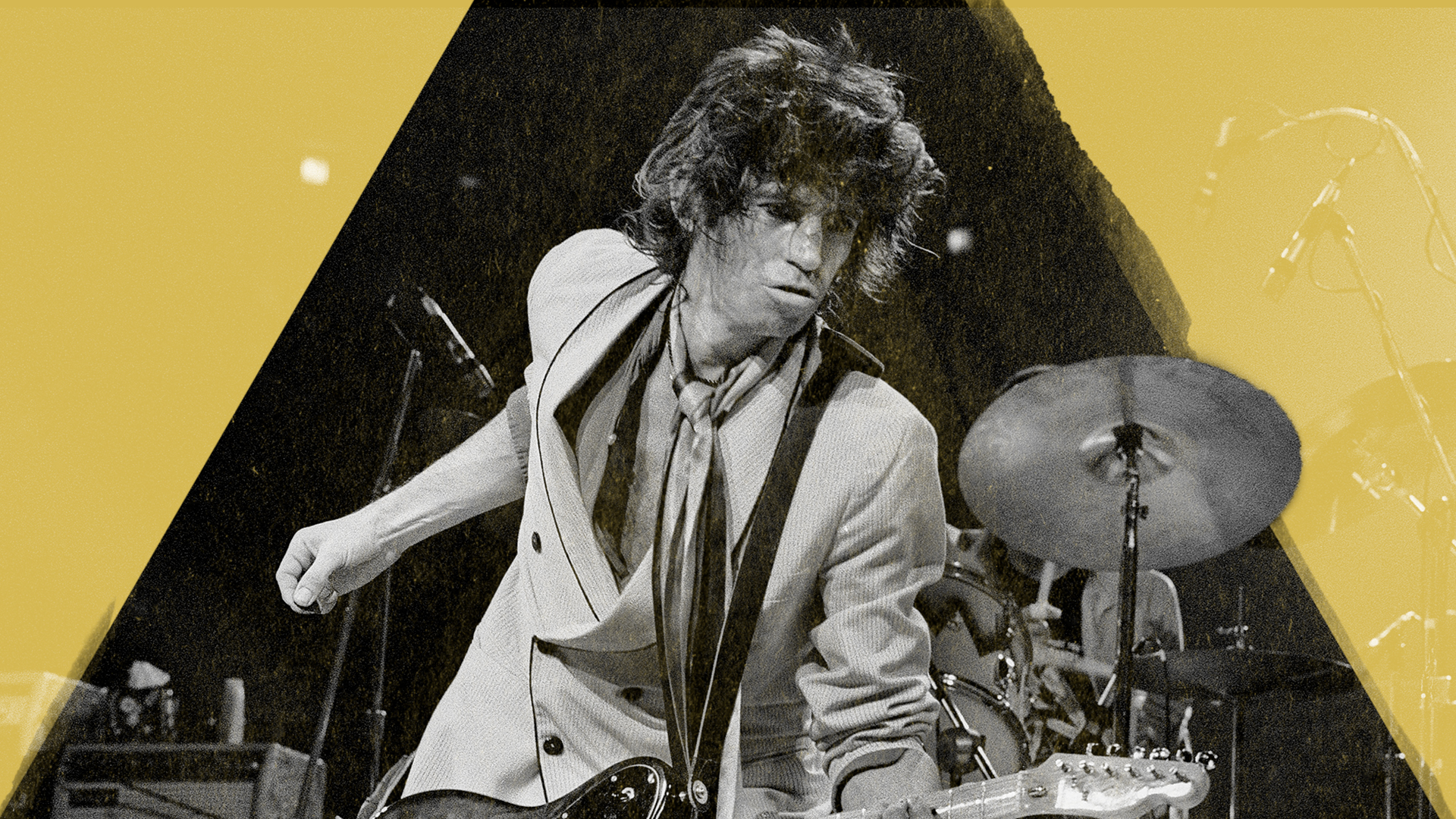 The reactions and memorials that have continued to arrive following the passing of Eddie Van Halen all carried an underlying message: in the land of rock ‘n’ roll, the lead guitarist is king.

Their names are the ones that even the most casual of fans remembers. The shredders and virtuosos that get the magazine covers. The spotlight turns in concerts. The signature guitar models.

Few are the rock bands that turn this maxim on its head. And no other group flips the script better than the Rolling Stones. During the band’s nearly 60 years together, they’ve had three lead guitar players — Brian Jones, Mick Taylor, and Ron Wood — and all were brilliant stylists crucial to moving the band from their days of covering their favorite blues and R&B tunes to their current status as éminence grise of the rock universe.

But when people speak of the Stones, those three names aren’t the ones that get mentioned first. And if they’re not talking about ageless, limber-limbed belter Mick Jagger, they’re talking about Keith Richards, the group’s rhythm guitarist.

A lot of that attention comes down to the image Richards has cut and cultivated in the pop culture landscape. Unlike his longtime songwriting and sparring partner in the band, the 76-year-old guitarist looks every bit of his 76 years — a testament to his steady diet of cigarettes, booze, and drugs, both hard and soft. He’s effortlessly flashy, endlessly charming, and always good for a memorable quote or quip.

But what has elevated him to legendary status is his guitar playing. Richards is where nearly every song the Stones have recorded begins: his continued, ongoing obsession with and exploration of his chosen instrument. For proof of that, take a spin through Life, Richards’ 2010 memoir. There are plenty of bawdy tales and warm memories, but he also goes into detail on how many of the Stones’ most memorable songs were created.

Or you could just do what you should probably do on a regular basis anyway: put on one of the Stones’ albums and listen. Richards is the foundation throughout. He anchors their breakout hit “Satisfaction” with its brilliant, incessant hook (a riff that, legend has it, came to the guitarist in his sleep). He sets the pace of “Brown Sugar” and “Can’t You Hear Me Knocking” with jagged, nasty grooves. He helps the band smoothly transition into the ’80s using the two-chord sting that opens “Start Me Up” and the rumbling, Bo Diddley-like line running through “She’s So Cold.” And though the Stones’ recorded output has slowed down over the past 20 years, Richards has remained a fount of inspired hooks and a steady hand at the wheel — even when the rest of his body was far less balanced.

One key to understanding how Richards became such a powerful player and riff artist is to look back at the guitarists that inspired him. As he talks about in Life, for as much as he adored listening to the early singles by Elvis, Little Richard, and Ricky Nelson, “[it] was the bands behind them that impressed me just as much as the front men.” He homed in on players like James Burton and Scotty Moore, master musicians who often stayed out of the glare of the spotlight.

Above all else was Richards’ love of the blues and Chuck Berry. He and Jagger first bonded as they tried to pick apart their favorite Jimmy Reed and Muddy Waters records. And they were both obsessed with Berry’s hopped up songs of sex and speed. All of those musicians were key in helping Richards form a “rhythm as lead” style of playing. When they played, they backed up their singing by sticking with one repeated guitar melody, occasionally peeling off for a quick solo. Richards studied this form closely and damn near perfected it. (Though to watch some of the footage from the Chuck Berry doc Hail! Hail! Rock ‘n’ Roll, his idol felt otherwise.)

To get a firmer understanding of the breadth of Richards’ power, just ask a music obsessive what their favorite performance is. It’s something I did on Twitter a little while ago and was pleasantly surprised at how varied the responses were. Most folks stuck to material from the Stones’ “classic” 1968 to 1972 period, a notably fraught era that found Richards becoming more and more dependent on drugs while still producing masterpieces like Beggars Banquet, Exile on Main St., and Sticky Fingers.

Informal poll time: What Stones song features the best guitar work from Keith Richards? (Please limit yourself to one song. It's for a work thing.)

But in and around that cluster were a lot of worthy outliers. The off-kilter chug heard on “Hang Fire” from 1981’s Tattoo You. The loose grit rattling around the title track to the 1974 album It’s Only Rock ‘n’ Roll. Richards’ mournful strumming on Stones’ No. 1 single “Angie” or his ugly, shimmering tone on the title track to Some Girls.

The respondents cut an equally wide and varied swathe of demographics. Older fans that have been following the Stones since their emergence in the pop marketplace in 1963, and younger listeners who came of age during the Bridges to Babylon era. Makers of technicolor psych-pop like Steven Drozd of the Flaming Lips and alt-rock luminaries like Buffalo Tom’s Bill Janovitz (who has written some great books on the Stones, by the way). Music fans whose collections are filled with the harshest noise and the quietest folk. The Stones, and especially Keith Richards, are a rare thread connecting these seemingly disparate camps together — and one that is only getting strengthened every year as the band continues to make new music and dive into its archives for rare pearls.

Published in partnership with BMG.