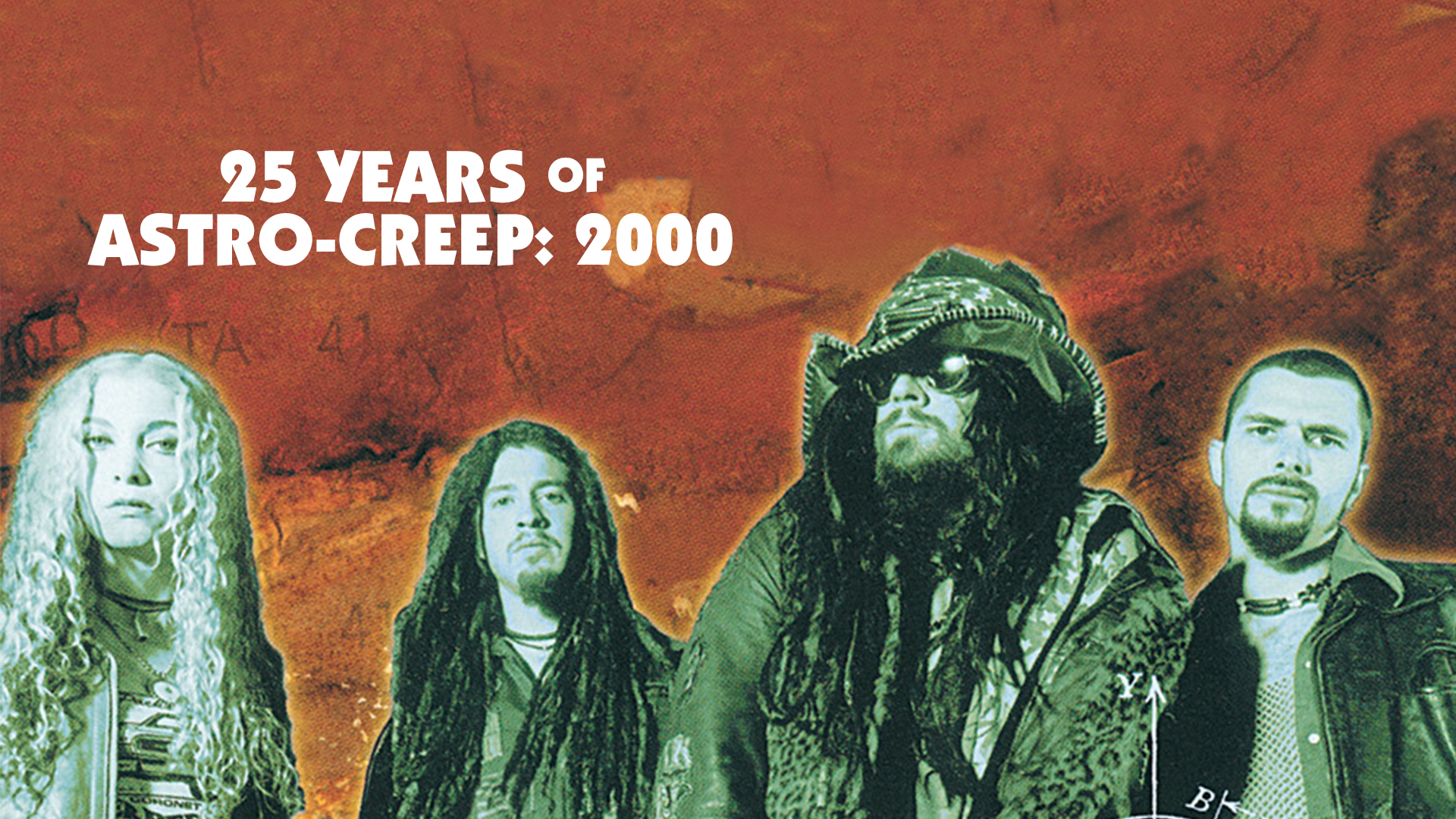 The question may seem academic all of 25 years later, but when White Zombie’s fourth full-length, the expansively-named Astro-Creep: 2000 – Songs of Love, Destruction and Other Synthetic Delusions of the Electric Head, arrived in record stores on April 11, 1995, one could only guess how critics and consumers would react.

At the time, there were those who legitimately felt that the New York band’s 1992 breakthrough, La Sexorcisto: Devil Music Vol. 1, might be some kind of fluke, accidentally elevated out of the underground to mainstream ubiquity by the improbable promotional power wielded by MTV’s hit cartoon series, Beavis & Butthead. How Astro-Creep Changed It All

White Zombie scored unexpected hits with “Thunder Kiss ‘65” and “Black Sunshine,” and, whether those little cartoon perverts were indeed responsible or not, the fact remains that La Sexorcisto’s groove metal appropriation of ‘60s trash culture sounded quite unlike anything else in the 1990s.

So, it was really quite ironic when its all-important successor, Astro-Creep, found Rob, Sean, guitarist Jay Yuenger and new drummer John Tempesta embracing precisely what everybody else was doing in 1995 – electro-industrial metal – for new material like “Electric Head Pts. 1 and 2,” “Real Solution #9” and “El Phantasmo and the Chicken-Run Blast-O-Rama.”

And who could blame them, since Astro-Creep’s very first single, the thoroughly electronic “More Human than Human,” went on to become the biggest hit of their career, even though its oblique lyrics were rooted in Philip K. Dick’s 1968 science fiction novel, Do Androids Dream of Electric Sheep?, which later became the basis of the classic movie Bladerunner.

To be fair, a few cuts like “Super-Charger Heaven,” “Creature of the Wheel” and “Blur the Technicolor” toned down the electronics and harked back to the preceding album’s dirt-bag metal formula, while the band’s penchant for sampling obscure B-movie dialog and Rob’s tripped-out, free-associative lyrics made it impossible to confuse this for anyone else’s work, other than White Zombie. (except, perhaps, that of Dave Wyndorf from Monster Magnet). White Zombie ‎– Astro-Creep: 2000 (Songs Of Love, Destruction And Other Synthetic Delusions Of The Electric Head)

None of which mattered, in the end, because fans quickly got on board with White Zombie’s sonic evolution: Astro-Creep was a total smash right out of the gate, peaking at No. 6 on the Billboard charts on its way to selling 2.6 million albums in America alone, ultimately besting its predecessor while earning Grammy nominations for ‘Best Engineered Album’ and ‘Best Metal Performance (“More Human Than Human”).

Rob’s astute, if somewhat controversial, decision to jump on the electro-industrial craze had apparently only helped broaden White Zombie’s audience, and paved the way to a quickie cash-in the following year, in the shape of Supersexy Swingin’ Sounds – a collection of Astro Creep remixes by The Dust Brothers, P.M. Dawn, and other celebrated DJs/producers.

But the band itself had sadly run its course by then, as Rob related to authors Jon Wiederhorn and Katherine Turman for their book Louder Than Hell:  “Everything about it should have been great. We had finally made it. We sold millions of records, we were playing in big sold-out arenas. On the outside, it looked so f**king great, but on the inside it sucked.”

And so, armed with Astro Creep’s success, Rob now had the clout and wherewithal to divest himself completely of the White Zombie moniker (as well as, conveniently, his bandmates) in order to relaunch his musical career under his own name via 1998’s Hellbilly Deluxe, while pursuing other hobbies like comic books, script-writing, and directing feature films. Speaking to Crawdaddy about the split in 2010, Yseult reminisced “I would have liked to make another record, but it wasn’t in the cards. On Rob’s solo albums, you can see what he wanted to do, where he wanted to go. I always wanted to be in a rock ‘n’ roll band, where the primary instruments are guitar, bass, and drums, you know? I was all about [the] sampling … but as time went on, the sampling and techno stuff started to dominate everything, and I really hated it.”

Be that as it may, Rob has never looked back, though Astro-Creep will likely go down as the Rob/White Zombie product most loved by the largest number of people around the world; even for an artist whose roots dig so deep into anti-establishment motives and outsider art, that has to count for something, beyond a fat bank account.

One final note about Astro Creep formats: though it was released at the height of the CD era, White Zombie’s final long-player was also made available on cassette for certain European markets. The limited edition black and clear blue vinyl released back in 1995 now command on high prices on the Discogs Marketplace. However, the Music On Vinyl black vinyl reissue in 2012 is much more common and affordable.