More people are familiar with the cover art from Daniel Johnston’s sixth album, the 1983 self-released Hi, How Are You, than they are with the singer-songwriter himself. The front image, a black-and-white line drawing of a frog-like creature with eyes on long stalks (known as “Jeremiah the Innocent”), was emblazoned on a T-shirt worn by Nirvana’s grunge icon Kurt Cobain throughout the early 1990s. After being given a copy of the album, Cobain became a Johnston convert, but the ’90s legend awas only a small part of the troubled, talented artist’s story.

This September will mark two years since the passing of the singer, but his legacy continues to inspire fans and bands around the world. What is it about Johnston that intrigues listeners? Yes, he was a great songwriter who shared heartfelt lyrics that anyone could relate to. However, there are other elements that make Johnston a true icon, securing his mantle as a cult hero.

If you have an hour or four to kill, I dare you to do a deep dive down the rabbit hole of Johnston’s visual art and not re-mortgage the house to purchase one of his original pieces. From watercolor to pen-and-ink, there is a simplicity to the work that is both endearing and profound. Style-wise, it is mainly cartoon-esque, reminding me of what the kids would doodle on their papers in junior high school. The creatures featured in these compositions have an earnestness that is simultaneously sad and uplifting. It is as if they know that they are like their creator — not stereotypically beautiful but still wanting to be taken as seriously as their museum counterparts. There is a lot of bubbling happening on a Johnston original, from rounded titles to the almost omnipresent thought blurbs floating above the heads of the picture’s protagonists.

Two stand-out pieces for me. First, the haunting “Love Is the Question, Love Is the Answer” mural. Frothy, rainbow-hued letters spell out the title on the left-hand side, while the action is entirely in black-and-white on the right. Here, a becaped superhero, with the top of his head lobotomized, punches out a multi-eyed monster.
In “Death Be Kind,” a blue-haired man is hunched over a desk, clutching a cup of something. His eyes look mad, sad, and on-edge. Bold lines and a Picasso-like facial aesthetic perfectly capture the desperation of a person teetering perilously close to losing it. Johnston’s work has been displayed at traditional galleries around the world, including a 2006 exhibition at the trendy Clementine Gallery in New York’s Chelsea neighborhood. At the time of the show’s opening, art writer Steve Stern wrote, “It’s certainly possible to read Johnston’s work as analogous to other artistic projects, to see in it an engagement with the psychological dimensions of mundane American visual culture.” However, the appeal of the pieces can be problematic, Stern argues, as they “leave[s] something out: Daniel himself.”

Johnston suffered from several mental health issues, ranging from being diagnosed as bipolar to having delusions to outbreaks of violence. Stern says the viewer must ask, “what, exactly, one is looking at in these drawings, of what it means to enjoy this work,” cutting to the very real issue of artist pain and suffering too often being an inherent component in others enjoyment and consumption.

Much of Johnston’s initial fanbase was built around him handing out homemade cassettes of his music to random people. His lo-fi style initially came from using a $59 dual tape player to record himself singing while playing the piano. It was not until his eleventh album in 1988 that Johnston saw the inside of a professional recording studio to make his records.

There is an appealing sweat-equity of Johnston’s do-it-yourself (or really, do-it-for-love) dedication to making so many of his own releases — what must have been a time-consuming task — on such humble equipment. At a moment when most people in the world are not allowed to see anyone outside of their immediate household, there is an incredible nostalgia for meeting, talking, and interacting with strangers, something so seemingly mundane just two years ago.

The idea of giving concert-goers, passers-by, and new friends a copy of an album that was so painstakingly crafted is a sweet, antiquated idea from the past, which of course frames the gesture as that much more captivating.

Besides Cobain, Johnston amassed a dedicated following within the music community. In 2004, he released The Late Great Daniel Johnston: Discovered Covered, a two-disc compilation. The first disc features covers of his songs performed by then-current indie favorites, including TV on the Radio, Mercury Rev, and Death Cab for Cutie. The second disc contains his original versions of the songs. However, these are really just a handful of the many renditions of Johnston’s re-imagined tracks.

When I told my friend I was writing about Johnston, his face lit up. “You have to hear the Groovy Ghoulies rendition of ‘Devil Town!'” he enthused. Indeed, the framework of many of Johnston’s songs lends itself very well for creative fodder. In this case, “Devil Town” transforms from a melancholic ode to small borough living into a Ramones-inspired freakout in the hands of the Sacramento punkers.

What was it about Johnston that captivated so many people? For one, there is an honest earnestness, an innocence in both his music and his art. The themes of love and acceptance are threads that run through most, if not all, of his work. While countless artists also focus on these same themes, it is Johnston’s eternally hopeful take on these ideas that are profound. He delivers his message in an open, kind way that goes right to the bone; there is no bitterness and longing, no cheesy Mariah Carey-type pop-ness. There is a sweetness tinged with just the slightest bit of melancholy that sets his lyrics and delivery apart, his slightly slurred singing style accompanied by bare instrumentation making songs both heartbreakingly sad and beautiful.

A 2017 KCRW performance of “True Love Will Find You in the End” features a shaking, gray-haired Johnston never looking directly at the camera, still seeming uncomfortable to be the focus of attention even after a career spanning more than three decades. This is the appeal of Johnston: in an industry where “authenticity” has become a marketing buzz word, he personified its meaning without even trying. 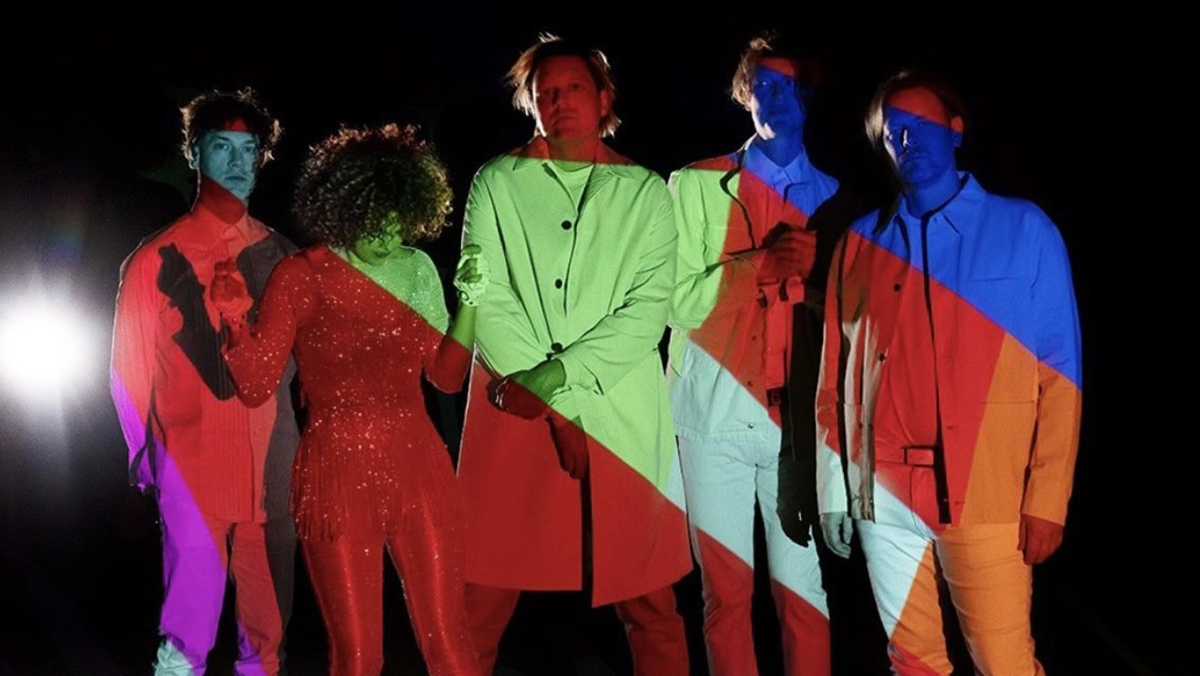 Arcade Fire’s Best Albums, According to the Discogs Community