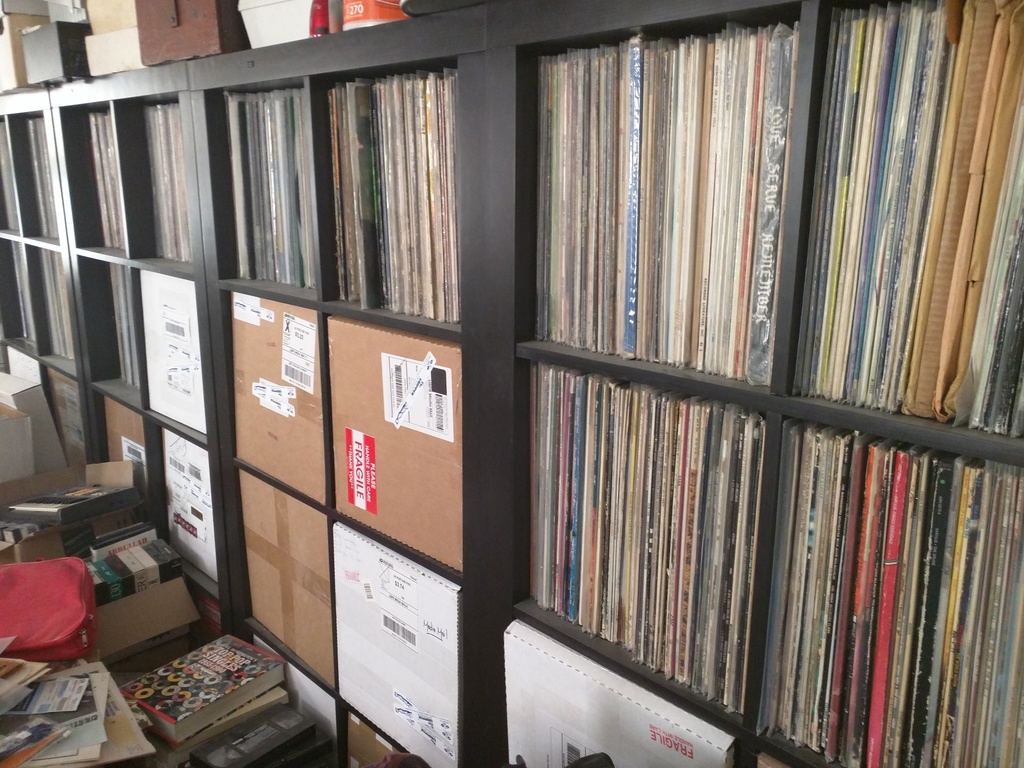 “What really matters is what you like, not what you are like….Books, records, films — these things matter” – Rob Gordon, High Fidelity

Let’s face it, we’re all here for the same reason: we all love buying, owning, and collecting physical music. It’s true that you can access pretty much anything you want online, but one can’t help finding it all a little soulless and impersonal. According to The Guardian, about a third of people in the UK collect something, whether it’s records, stamps, football club memorabilia, or teaspoons.

While there are obvious reasons for buying and collecting your favorite items, are there deeper reasons behind why we’re so obsessed with amassing, categorizing, and displaying stuff? Do we even have a choice in the matter, or are we simply slaves to some innate urge?

What Your Collection Says About You

Social psychologist, Sam Gosling of the University of Texas in Austin and author of the book, Snoop: What Your Stuff Says About You, is interested in what the stuff we surround ourselves with and put on display says about our personality. There are some items that serve as “conscious identity claims”, or items we choose based on how we want others to perceive us. Yep, that definitely includes your record collection.

Another function of our possessions is as “feeling regulators”. These are things that meet some emotional need. It could be an item that’s tied to a strong memory, associated with someone special to you, or that brings you comfort. For many, there’s a healthy dose of nostalgia tied to our collections, whether it’s remembering an earlier time in our lives, or an era we wished we had been around for.

Besides these two conscious factors of collecting and holding onto particular items, Gosling has also coined the term “unconscious behavioural residue” for the clues about our habits and behaviours we leave behind in our spaces. The collector is perhaps one of the best examples of this, as the level of time, effort and detail that goes into curating and organizing a collection can say a lot about a person. According to Gosling’s research, it’s possible to draw certain conclusions about a personality traits based on their personal space. The five main personality traits Gosling measured his results on were openness, conscientiousness, extraversion, agreeableness and neuroticism. It may come as no surprise that those who are very particular, tidy, and thorough about the organization of their collection are more likely to be very conscientiousness, compared to someone whose collection is not really organized in any particular way, or may be scattered in different areas of the room. The latter group tend to score more highly for openness, and tend to fill their rooms with a greater variety of books and magazines, for example.

When these conscious and unconscious factors come together they can create a fairly cohesive, if rough, idea of a person’s personality. Your collection could speak more about you than you imagined, not just because you take the time and care to collect, but which items you have chosen to include and leave out, as well as how you organize your collection and have it on show for others to see.

Cultural historian, Mihaly Csikszentmihalyi has also argued that we collect and hold onto things because they keep us grounded in the present and help us remember the past. Your collection and the items you curate could even go some way to informing your own sense of identity and how you see yourself. These items that he terms “continuity of self” help construct memory and personality. “Without external props, even our personal identity fades and goes out of focus. The self is a fragile construction of the mind”. As well as anchoring our sense of identity, there may be an element of creating a legacy through your collection, forming a picture of who you were long after you’ve already departed. Dark, but kind of cool.

Humans are unique when it comes to collecting physical items: we collect purely for the satisfaction of seeking and owning things. The thrill of the chase, the joy of finding a record that’s eluded you – even that split-second of ecstacy in thinking you’ve found something you don’t yet own, only to find you actually do – it’s all part of the joy of collecting.