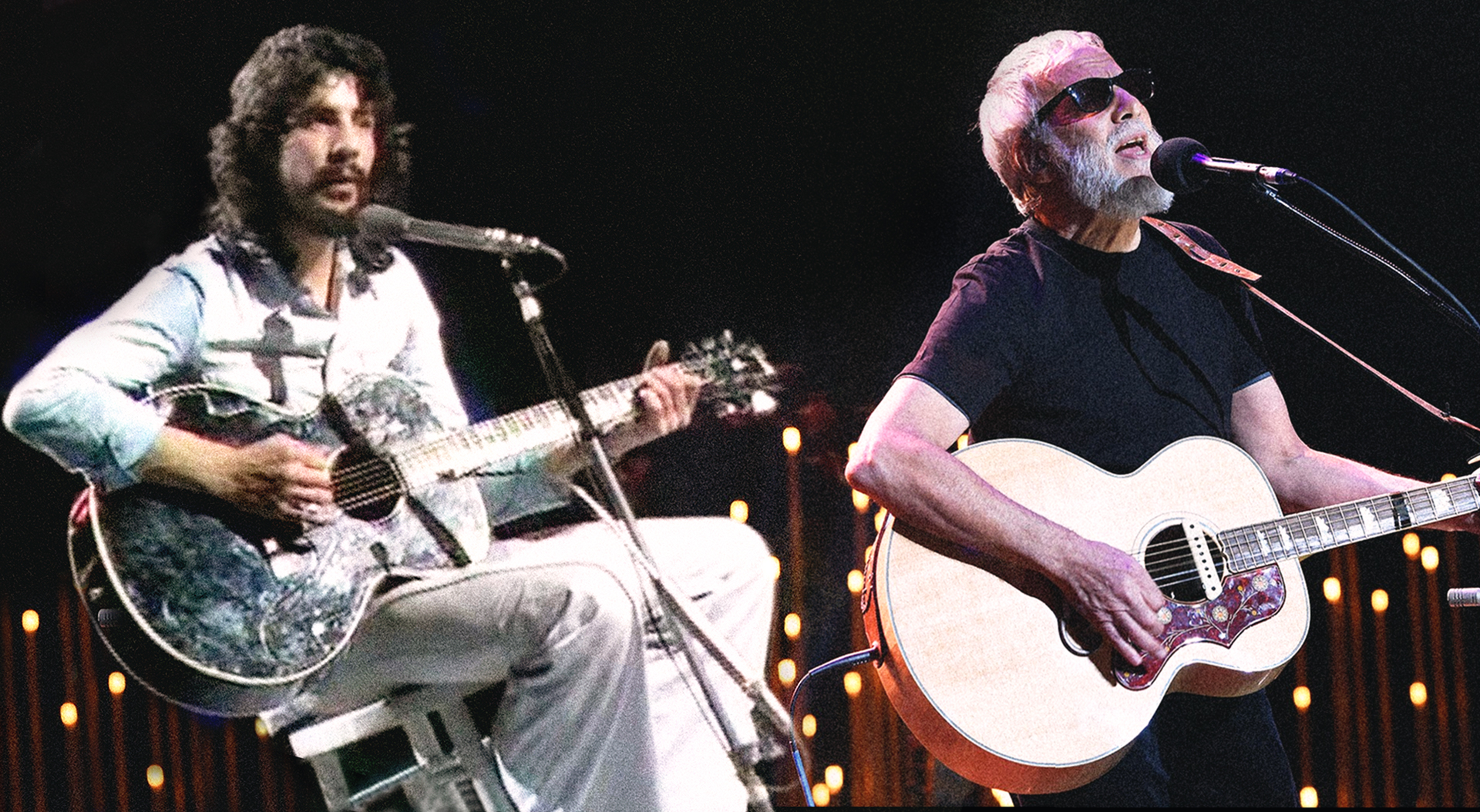 How many 22-year-olds write something so poignant and true, their 72-year-old self can relate? Cat Stevens’ seminal album Tea For The Tillerman is that kind of inspired.

In the 50 years since it’s release on November 23, 1970, the world has changed a great deal. The free-love revolution was slowed by an AIDS epidemic. A little thing called the Internet made the world more connected while pushing us farther apart. Stevens even changed his name to Yusuf Islam, and yet, the themes of spiritual hunger and simple truths expressed in Tea For The Tillerman‘s folk-pop perfection cut just as deep.

The record made Stevens a voice of his generation and peaked at No. 8 on the Billboard 200. With its 50th anniversary looming, the aged artist found fit to mark the occasion with not just a rerelease, but a complete rerecording. Tea For The Tillerman 2 reimagines each of its 11 tracks in modern midnight hues, feeding the familiar classics through the sands of time, twisting the edges but leaving the purest bits. Some songs have been changed more than others, and some even include new lyrics, but the earnestness and importance of the messaging remain the same, and the world would do just as well to sit awhile and “think to that.” 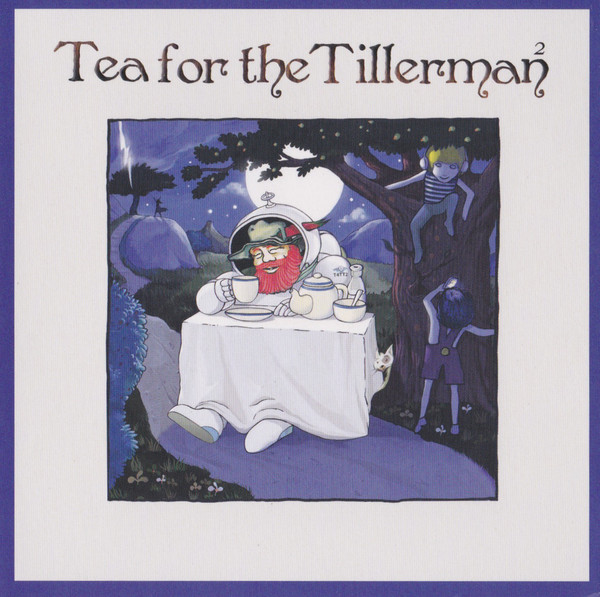 Tea For The Tillerman was Stevens’ fourth studio album. Originally written after a near-fatal struggle with tuberculosis, its searching sentiments became mantras for a generation disillusioned by post-nuclear capitalism and hungry for meaning. Stripped down to mostly Stevens’ honey-scratch voice and acoustic guitar, it hits emotional peaks with thoughtful use of dynamics, strings, and simple piano.

Stevens personally painted the album’s cover. It’s a pastoral scene in vibrant color. A bushy-bearded man smiles over tea for one while children play in a nearby tree. It’s a pleasant picture of a simple life, exactly the type the singer praises and yearns for in “Miles From Nowhere” and “Into White.” Piety and play are cherished rules, while the polluting progress and financial struggles of modern society become the enemy.

It’s striking how Tea For The Tillerman2 sees these same lyrics sung from a new perspective, bookended by decades of living. He’s found his “Hard Headed Woman” by now, but Lisa is still hauntingly sad. The saddest of all might be “Where Do The Children Play.” Singing about industrial pollution in 1970 was progressive, but in 2020, climate change is a matter of life or death for humanity worldwide. Our lorry load roads pump petrol despite the warnings, and we still can’t seem to get off. It’s easy to read sorrow in Islam’s world-weary voice, but he’s not a man to stew, and the new song’s sweeping energy (and the ending of the new stop-motion music video) seems to imply that Islam sees room for hope.

“Miles of Nowhere” pushes with particular strength. It’s got country-rock grittiness akin to a live performance, with added emphasis on the ebbs and flows that mirror this journey called life. “But I Might Die Tonight” was a bit of psychedelic delight, and in 2020, it swims with the slinky allure of Arabian sounds. The elder singer doubles down on his rebellion, knowing now from experience that there are ways to create your own life outside “the system’s” demands.

“On The Road To Find Out” was turned into a smoldering swinger that Islam calls “desert blues.” “Longer Boats” gets one of the biggest facelifts, with added lyrics that directly reference alien beings and an inspiring spoken-word monologue by American rapper Brother Ali. The song still begs for peace and love among men, but it does so with fresh funk swing. Most surprising of all, though, is the twisted tango take on the favored hit “Wild World.”

“I was playing around with my Yamaha Clavinova,” Islam told Rolling Stone, “which is one of those machines where you can press any button, like ‘pop,’ ‘R&B,’ ‘world music,’ or whatever. I ended up with this button called ‘Ragtime’ and I started playing these chords and singing ‘Wild World’ to it. It sounded so great and I felt it was great fun, so I recorded it on my mobile. That became the basis for the arrangement.”

All things sad, the new “Father and Son” is the heart of the project. Metaphor lives and breathes in the vocals, which put Islam at 72 back-to-back with his 22-year-old self in the studio. The Father’s words are sung by the sage of today, while the Son’s parts are lifted from a concert recording at the Troubador in Los Angeles 50 years earlier. It’s a stirring presentation that strikes at the heart of the song’s story, a tale of life in two phases which is now the story of the album itself. The dichotomy only serves to prove the timeless nature of the work, and that the soul of truth reverberates through any composition.

“Into White” remains my personal favorite. Slightly slower and more a little more languid, it brings warm tears to my eyes. Innocence is so important and so hard to come by all the same, but this sone teems with promise for those who choose to seek what we all hold inside.

“I’m always an optimist,” Islam continues in Rolling Stone. “I do think there’s work that has to be done. You can’t just sit back and expect it to happen … Right now there’s a general attitude that we are progressing, but I’d definitely question that. I’d say that we aren’t becoming better human beings just because we have so much more technology to help us communicate and we can get food from any part of the world. There are so many luxuries and comforts that people have taken for granted today, but it hasn’t made us better human beings. That’s the question we have to think about. This thing that has happened is a disaster. At the same time, as the Chinese say, a crisis is also an opportunity. I think this is an opportunity for us to reboot our humanity a little bit. We’ve got close to our families.”

As with everything else, Islam repainted the album’s cover.  Tea For The Tillerman 2 sets the same scene, but now the bearded man is in a spacesuit while the children play with phones. It’s midnight on the cover, and a glowing full moon watches over the land, but there’s no menace in the image. The world is still a pleasant place to be, and the music still inspires.

Published in partnership with UMC.